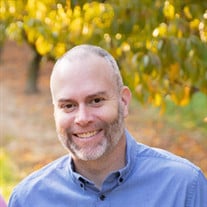 Sergeant William “Bill” White, 45, of Jamestown, passed away Friday, February 12, 2021, at his home. He was born September 22, 1975, the son of Nona (Boose) and the late Lt. Col. Ernest Kennedy White Jr. Bill was a 1993 graduate of Morgantown High School and a 1998 graduate of Fairmont State College with a bachelor’s degree in Criminal Justice. He started the Greensboro Police Academy in September 1999 in the 76th PBIC, where he continued to protect and serve for 21 years. He started out in patrol, became a field training officer, and then in 2007 was promoted to Corporal. In 2011, he was promoted to Sergeant and served in the Professional Standards Division until his retirement in January 2021. Bill was an amazing husband, father, brother, son, and friend. He was a huge sports fan, an avid reader, and a lover of art. He enjoyed traveling and exploring new places especially Europe. There was nothing he enjoyed more than spending time with his children whether that was reading with them, having a dance party, playing soccer, or drawing pictures. His smile and laughter will be missed tremendously. He is survived by his loving wife of 14 years, Melissa Malone White; his children, Holden and Kennedy White; his sisters, Kaye Parker (John), and Jennifer Fencl (David); sister-in-law, Megan Oliverio (Brock); brother-in-law, Brandon Malone (Jennifer); in-laws, Lynn and Sandy Malone; nieces, Savannah Parker, Elizabeth and Mercedes Zinn, and Briauna and Lillah Malone; and one nephew, John Thomas Parker. The family would like to thank the staff at Wake Forest Baptist Cancer Center. A special thank you to Dr. Steven Sorscher and Dr. Carl Grey for the kindness and compassion they showed throughout Bill’s care. Family and friends are welcome to call at Forbis and Dick Funeral Home, 5926 W. Friendly Ave., Greensboro, on Tuesday, February 16, 2021 from 10 am until 7 pm and Wednesday from 10 am until 12 pm. A funeral service will follow at 1 pm at Lawndale Baptist Church, 3505 Lawndale Drive, Greensboro, with Pastor Frankie Gentry officiating. A scholarship fund has been created in his memory and the family requests that in lieu of flowers, donations be made to the Sgt. William White Scholarship Fund. Checks can be made to the Greensboro Police Foundation and remitted to Greensboro Police Foundation, 320 Federal Place, Greensboro NC 27401. (Be sure to note the William White Scholarship Fund in the memo.) There will also be a viewing on Saturday, February 20, 2021, from 10:00 am until 2:00 pm at Carpenter and Ford Funeral Home, 209 Merchant Street, Fairmont, with a graveside service following at Pisgah Cemetery. Condolences and memories may be shared with the family online at www.carpenterandford.com.

The family of Sgt. William "Bill" White created this Life Tributes page to make it easy to share your memories.