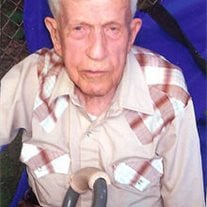 Whitner Webb Whitner Z. Webb, 95, of Fairmont, passed away on Friday, January 1, 2010 at his home. He was born at Glace in Monroe County on July 23, 1914 the last surviving of 10 children born to the late John Curry Webb and Barbara Hylton Webb. Whitner retired in 1972 from the United States Government General Services Administration. As part of his employment, he had worked at several Government buildings in the Washington DC area as a carpenter and locksmith. He was a veteran of WW II, serving in the US Army as a 1st Sergeant in the 41st Division of the 116th Combat Engineers. He was a life member of the VFW Post 7048 and the American Legion Post 17 of Fairmont. He was also a member of the Eagles Club in Fairmont. His many interests included, golf, fishing and ballroom dancing. He is survived by his good friend, companion and care giver for 34 years, Thelma Drake and her daughters, Nancy Stewart, Betty Phillips, Peggy Drake, Norma Watson and Lana Libby; a step son, George Anderson of Port Republic, Maryland; three step grandchildren and their spouses, Kim and Maurice Paddy, Sheri and Jim McDonald and Michael and Staci Anderson and five step great grandchildren; a sister-in-law, Bessie Webb of Florida; a special dear friend, Carl Hendrick of California and several nieces and nephews. In addition to his parents, Whitner was preceded in death by his wife, Ruby Underwood Webb; a step daughter -in-law, Nancy Anderson; five brothers and four sisters. Friends may call at the Carpenter & Ford Funeral Home, 209 Merchant Street, Fairmont on Sunday from 3pm to 8pm and Monday from 11am to 1pm. The funeral service will be at 1pm on Monday, January 4, 2010 in the funeral home with Roger Stewart, Lay Minister officiating. Interment services will follow at Grandview Memorial Gardens. Full Military Honors will be conducted at the cemetery by the Marion County Military Veterans Council Honor Guard. Memorial contributions may be made to Hospice Care, 2408 Country Club Road, Fairmont, WV 26554 in Mr. Webb’s memory in appreciation for their wonderful care. Online condolences may be sent to the family at www.carpenterandford.com.

Whitner Webb Whitner Z. Webb, 95, of Fairmont, passed away on Friday, January 1, 2010 at his home. He was born at Glace in Monroe County on July 23, 1914 the last surviving of 10 children born to the late John Curry Webb and Barbara Hylton... View Obituary & Service Information

The family of Whitner Z Webb created this Life Tributes page to make it easy to share your memories.