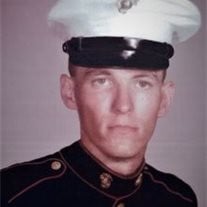 Roger Lee Thorne, Sr. Roger Lee Thorne, Sr., 69, of Fairmont passed away on Wednesday, May 9, 2018 at his home, surrounded by his loving wife, children, and his best friend. He was born in Fairmont on July 1, 1948, a son of the late Thomas L. and Lefa Kae (Bess) Thorne. Roger graduated from East Fairmont High School in 1966. He served his country in the United States Marine Corps during the Vietnam War. He was a proud member of the Vietnam Veteran's of America where he served as Secretary for many years. He retired from the B&O Railroad/Chessie System. He most recently retired from AAA as a customer service specialist. Roger was avid motorcyclist who enjoyed cross country rides. He was an active member of the Grace Lutheran Church, where he served as a Pastoral Assistant, usher and presenter of communion. He was also a member of the Lutheran Men's organization. Roger is survived by his loving wife of 16 years, Ruthann (Leeper) Thorne; his children, Roger Lee Thorne, Jr. of Walkersville, Maryland; Heather Quisenberry and her husband Stephen, of Fairmont, and Jodi Johnson and her husband Billy, of Fairmont; his step children, Bryan Lewis, of Fairmont, and Charyl Rohan and her husband Paul, of Florida; and his grandchildren, Rachael Thorne, Abigal Thorne, Trystan Quisenberry, Torence Quisenberry, Brianna Channel and Craig Ramsden. Roger is also survived by his sisters, Rhetta K. (Thorne) Hosier and her husband Myron, of Alaska, and Delena Haught and her husband Bobby; his brother, Thomas Thorne and his wife Holly; his brother by choice, Wayne Kirby and his wife Joyce, of Fairmont; and several nieces and nephews The family would like to give their heartfelt thanks to Amedysis Hospice and especially his caregiver who became a family member Courtnie, whom he considered his own personal angel. A Celebration of Life will be held at Grace Lutheran Church on Wednesday, May 16, 2018 at 6:00 p.m. with Pastor Matt Holbert officiating. Arrangements are in the care of Carpenter and Ford Funeral Home. Online condolences and memories may be shared with the Thorne family at www.carpenterandford.com.

Roger Lee Thorne, Sr. Roger Lee Thorne, Sr., 69, of Fairmont passed away on Wednesday, May 9, 2018 at his home, surrounded by his loving wife, children, and his best friend. He was born in Fairmont on July 1, 1948, a son of the late Thomas... View Obituary & Service Information

The family of Roger Lee Thorne, Sr. created this Life Tributes page to make it easy to share your memories.