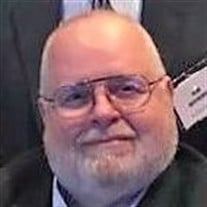 Robin L. Hayhurst, 61, passed away on Friday, December 14th, 2018 at Orlando Regional Medical Center. He was born July 6th, 1957 in Clarksburg, WV, the youngest son of Morris Lee Hayhurst and Beulah (Noland) Hayhurst. In his youth Robin was an active member of the Boy Scouts and 4-H. Leading to his success in life; Robin became a life-long supporter of 4-H. Robin attended and graduated from Buckhannon-Upshur High School. Robin graduated from West Virginia University (WVU) College of Physical Activity and Sport Sciences (CPASS) with a bachelor’s degree in Sport Management. Upon graduation from college, Robin worked alongside his father, Morris, and brother, Ron, in the Oil & Gas industry as an entrepreneur. Robin served the pivotal role of running the field operations as Vice-President of several of these companies. Robin served as an EMT in Morgantown, WV and as a volunteer firefighter serving in both Hundred Volunteer Fire Department in Hundred, West Virginia and Kissimmee-Heights Volunteer Fire Department in Osceola County, Florida. Expanding up on the brotherhood forged during his time as an EMT & firefighter; Robin enjoyed riding his Harley Davidson trike and was a member of Fire & Iron Motorcycle Club; Chapter 1 and Station 42; with the nickname “Methane”. Throughout the many club activities, he was able to meet fellow members from all over the United States; allowing him to ride Sturgis, Mount Rushmore, Stone Mountain, Downtown Chicago, Pig Tail Bridge, and culminating in getting to tour the White House and present a wreath at the Tomb of the Unknown Soldier in Arlington National Cemetery earlier in 2018. Robin also traveled extensively; having visited 47 of the 50 states (except NM, HI, and AK). Robin was a passionate sports fan having attended several major sporting events with his brothers such as The Masters, NCAA Final Four, NASCAR Racing, among others. Robin was proceeded in death by his father, Morris and his brother, Robert. Robin is survived by his mother, Beulah Noland Hayhurst, brother, Ronald Hayhurst, niece Christine Davis and her husband Jim Davis, nephew Brian Hayhurst, and great nieces Audrey, Elizabeth, and Katherine. Family and friends are welcome to call at Carpenter and Ford Funeral Home, 209 Merchant Street, Fairmont on Friday, December 21, 2018 from 11 a.m. - 1 p.m., with services starting at 1:00 p.m. at the funeral home, with Evangelist Kevin Lough officiating. Interment will follow at Bridgeport Cemetery.

The family of Robin L Hayhurst created this Life Tributes page to make it easy to share your memories.