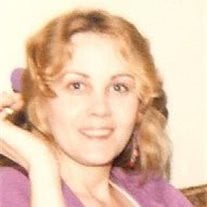 Roberta Mayles Roberta Jean “Bobbie” Mayles, 58, of Fairmont, passed away on Thursday November 4, 2010 at her home. She was born in Fairmont on June 24, 1952, a daughter of the late Virgil and Violet Lough Crites. She had worked as a manager for Wings Ole restaurant and also at Gabriel Brothers department store for several years. She enjoyed gardening and crafts, and she truly enjoyed spending time with her family, especially her grandchildren. Roberta is survived one son, Michael Jerome Jarboe of Virginia, one daughter, Christine Mackey of Fairmont, two brothers, Virgil Crites, Jr. and his wife Paula of Indiana, and Donald Crites of South Dakota, two sisters, Linda Sue Arnett and her husband John of Vermilion, Ohio and Shirley Ann Shelton and her husband Fred of Fairmont, and also four grandchildren, Quintin Lane, Collin Lopez, Jordan Jarboe and Michael Jarboe Jr. In addition to her parents, she was preceded in death by her daughter, Michelle D. Jarboe. Family and friends may call at the Carpenter and Ford Funeral Home, 209 Merchant Street, Fairmont on Monday from 1-8 pm and on Tuesday from 11am-2pm. Funeral services will be held at the funeral home on Tuesday November 9, 2010 at 2:00 pm with Pastor Ken Wright officiating. Interment will follow at Grandview Memorial Gardens in Fairmont. Online condolences may be left for the family at www.carpenterandford.com

The family of Roberta Jean "Bobbie" Mayles created this Life Tributes page to make it easy to share your memories.