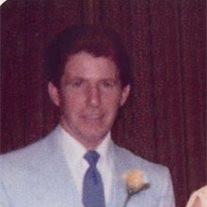 Robert Perkins Robert Eugene Perkins, 77, of Opekiska Ridge Road, Smithtown, passed away on Saturday, June 26, 2010 at Louis A. Johnson Veterans Administration Medical Center in Clarksburg following a long illness. He was born in Fairmont on December 11, 1932 a son of the late Ralph Edgar Perkins and Mamie Marie Twyman Perkins. He served with the U. S. Army from 1950 to 1953. Bob was awarded the Purple Heart after being wounded in action during the Korean War. Bob had attended Webster Business College. He was a carpenter in the construction trade most of his life. He had been employed as a field engineer for Kelley-Gidley-Blair and Wolfe of Charleston. He was a member of Victory Baptist Church. Bob loved to hunt and fish at Lost River and was associated with the Veterans of Foreign Wars. Bob is survived by his wife of 55 years, Norma Jean (Stewart) Perkins; three sons, Robert Wayne Perkins and his wife Susan of Opekiska Ridge Road, Pastor Mark Eugene Perkins and his wife Karen of Triadelphia and Chad Perkins and Michele Jurick of Morgantown; three grandchildren, Mandie VanGilder and her husband Jason, Adam Mayle and Christa Bush; five great grandchildren. Also surviving are two brothers, Ralph Edgar Perkins and his wife Loretta of Fairmont and Joseph Perkins and his wife Linda of Fairmont; four sisters, Ruth (Perkins) Saltern of Bangor, Pennsylvania, Edith (Perkins) Cowger and her husband Floyd of Silver Lake, Shirley (Perkins) Cymbal and her husband William of Freeland, Michigan, and Kitty (Perkins) Monell and her husband Gary of Fairmont and several nieces and nephews. In addition to his parents, Bob was preceded in death by two sisters, Mary Jo Fargo and Jenny Lee Kisner and two brothers, Ralph E. Perkins and James Perkins. Friends and family may call at the Carpenter & Ford Funeral Home, 209 Merchant Street on Tuesday from Noon to 8pm and Wednesday from 10am to 11am. The funeral service will be at 11am on Wednesday, June 30, 2010 at the funeral home with Pastor Bob Barker officiating. Interment will follow at Pisgah Cemetery. Full military honors will be conducted at grave side by the Marion County Veterans Council Honor Guard. Online condolences may be left for the Perkins Family at www.carpenterandford.com

The family of Robert Eugene Perkins created this Life Tributes page to make it easy to share your memories.