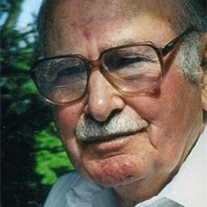 Robert Isaac Hunt, Sr. On Friday, March 12, 2010 the waters got deeper and wider with the passing of our beloved father, ROBERT ISAAC HUNT, SR. of the Colfax Community. He passed from this life peacefully into the arms of Jesus at Ruby Memorial Hospital with his loving children at his side. He was born on June 2, 1921 at Barnestown in Fairmont, a son of the late Charles Dayton Hunt and Mary “Rosie” Roosevelt (Roderick) Hunt. He was preceded in death by his wife, Pearl Marie (Burns) Hunt in 1984. He is survived by three children, Robert I. Hunt, Jr. and his wife Jean of Pleasant Valley, James W. Hunt and his wife Carol of Fairmont and his beloved daughter and care giver, Brenda (Hunt) Brock and her husband Steve Mayle of Colfax Road; a grandson, Michael Hunt and his wife Bonnie of Fairmont; a granddaughter, Teresa Hickman and her husband, Kevin of Magnolia, Delaware; six great grandchildren, Joshua Hickman, Aaron Hickman, Zackery Hickman, Kaylan Hunt, Tiffany Hunt and Logan Hunt; and a great- great granddaughter, Angela Hickman. Also surviving are four brothers, Charles Dale Hunt, Raymond Hunt, Donald Paul Hunt and his wife Helen and Lawrence Hunt and his wife Phyllis all of Fairmont; a sister, Mary Barniak of Fairmont; several nieces and nephews and a very special friend, Mary Lee Ford of Colfax Road. In addition to his parents and wife, Robert was preceded in death by seven sisters, Violet Toothman, Dora Copen, Phyllis Copen Pyles, Janice Hunt, Texel Hewitt, Maxine Hunt and Grace Hunt. Upon graduation from Fairmont Senior High School he entered the United States Army, serving in Alaska during World War II. He was wounded in Service Territory. Robert was a Life Member of the VFW Post #7048 and the local DAV Chapter. He continued his journey by working with the B&O / Chessie System for 41 years, retiring in 1982. He was a member of the Brotherhood of Maintenance of Roadway Employees since 1947. In August of 2009, Robert was awarded a 8th grade graduation certificate from the Marion County Board of Education. The Sarrietta Community Church awarded him a plaque for being a life long member of the church. He served as a Trustee and was presently the superintendent of the Sarrietta Church. In addition, her served as trustee of the Vincent Cemetery located on Vinegar hill Road for her past 28 years. Robert will be missed by all who knew him. Friends and family may call of the Carpenter & Ford Funeral Home, 209 Merchant Street, Fairmont on Tuesday from 1pm to 9pm and Wednesday from Noon to 1:30 pm. The funeral service will be held at 1:30 pm at the funeral home on Wednesday, March 17, 2010 with Pastor Clifford Morgan and Rev. Dr. Michael Richards. Interment services will follow at the Vincent Cemetery on Vinegar Hill. Full military honors will be conducted at grave side by the Marion County Veterans Council Honor Guard. Online condolences may be sent to the Hunt Family at www.carpenterandford.com.

Robert Isaac Hunt, Sr. On Friday, March 12, 2010 the waters got deeper and wider with the passing of our beloved father, ROBERT ISAAC HUNT, SR. of the Colfax Community. He passed from this life peacefully into the arms of Jesus at Ruby Memorial... View Obituary & Service Information

The family of Robert Isaac Hunt, Sr created this Life Tributes page to make it easy to share your memories.