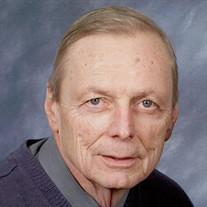 Robert “Bob” David Gribben, 79 of Fairmont passed away on Friday, March 22, 2019. He was born in Wheeling on November 25, 1939; the son of the late Thomas Arthur Gribben and Marie Claire (Kammer) Gribben. Bob graduated from Wheeling Jesuit University and earned a Master of Social Work from West Virginia University. Following his graduation from WVU, he worked in child welfare before working as a Unit Manager at the Federal Correctional Institution, the Kennedy Center in Morgantown, retiring with 27 years of service. Bob retired from the Fairmont Community Development Partnership. He truly loved living and working in Fairmont. He was an active member of Immaculate Conception Catholic Church. Bob was a member of several civic organizations, including the Knights of Columbus, Marion County Senior Citizens, Fairmont Rotary, Fairmont Lions Club, Elks Lodge in Fairmont, Marion County Men’s Democrat Club and Hope, Inc. Bob loved his family, most of all his granddaughters and his companion dog, Jasmine. He is survived by his loving wife of 54 years, Karen (Carpenter) Gribben; his sons, Joseph “Joe” Gribben and his wife, Dana and George Gribben and his fiancé, Vicki DeAntonis; his very special granddaughters, Kathleen “Kate” Gribben and Anna Gribben, all of Fairmont. Also surviving is his brother-in-law, Terry Carpenter and his wife, Donna, of Fairmont; his sister-in-law, Rosella Gribben, of Wheeling, and several extended family members and many good friends and associates. In addition to his parents, Bob was preceded in death by his brother, Thomas J. Gribben and a nephew, Christopher Gribben. Memorial contributions may be made to Hope, Inc., P O Box 626, Fairmont, WV 26555. Friends and family will be received at the Carpenter & Ford Funeral Home, 209 Merchant Street, Fairmont on Wednesday, from 1:00 pm to 8:00 pm. a Vigil Service will be held at the funeral home at 6:00p.m. conducted by Sr. Stella Cronauer. A Mass of Christian Burial will be held at the Immaculate Conception Catholic Church, 329 Maryland Avenue, Fairmont on at 11:00 am on Thursday, March 28, 2019 with Fr. Jojan Joseph, CST as the Celebrant. Interment will follow at Mt. Zion Cemetery.

The family of Robert "Bob" Gribben created this Life Tributes page to make it easy to share your memories.

Robert “Bob” David Gribben, 79 of Fairmont passed away on Friday,...