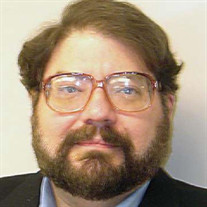 Richard “Rich” Lewis Wood, 67, of Fairmont, passed away at his home on Monday, September 14, 2020. He was born on April 29, 1953, in Pontiac, Michigan, a son of the late Thomas H. and Wanda Marie (Lewis) Wood. He was a member of the American Institute of Certified Planners (AICP). He followed the AICP code of ethics diligently and promoted the public welfare in the best tradition of the planning profession. He had both a master’s degree and a bachelor’s degree in planning from the Eastern Michigan University. He came to West Virginia to work for the Region Six Planning and Development Commission where he worked for most of his career. Upon leaving the Planning and Development Commission he worked for the Vandalia Heritage Foundation and later as a private consultant. He left private consulting in 2010 to become the Director of the Monongalia County Planning Department where he successfully worked to get the West Run Zoning District passed through a voter referendum. Upon passage of the Zoning District he established the planning process for the District. While at Monongalia County he also led the development of the countywide Comprehensive Plan as well as overseeing the permitting process for cell towers and working for the expanded use of geographic information systems in Monongalia County. He retired from Monongalia County in 2019. He was also involved with Leadership Marion and Action Marion and was a member of the Marion County Planning Commission. He was a volunteer and active in several planning and development boards and commissions, including the City of Fairmont’s Board of Zoning Appeals from 2007 to 2016 and the Fairmont Urban Renewal Authority from April 27, 2004 to May 1, 2009. He enjoyed hunting with his friends, boating, sports, and music, especially jazz. He was a kind, well-loved, and good-natured man that will be missed by many. Rich is survived by brother, Roger Wood and wife Denise, of Georgia; niece and nephew: Elisabeth Wood Wallace and husband Jim, and Thomas “Isaac” Wood; great-nephew, Jacob Wallace; as well as many coworkers and friends. In addition to his parents, he was preceded in death by sister, Janice Wood. In keeping with his wishes, Rich will be cremated, with a memorial service to be held at a later date.

The family of Richard Lewis Wood created this Life Tributes page to make it easy to share your memories.