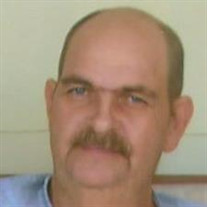 Richard “Dick” Earl Hawkins, 74, of Fairmont, passed away at the Tygart Center at Fairmont Campus on October 02, 2018. He was born on October 20, 1943 in Fairmont, a son of the late Earl Hawkins and Elizabeth Mae (Ridgeley) Hawkins. Dick proudly served his country in the United States Army, and was later a plumber by trade; he was also the co-owner and operator of World Plants Flowers. In addition to his parents, Dick was preceded in death by loving wife, B. Becky Hawkins. He was also preceded in death by brother, Chuck Hawkins, and sister, Earlene Jenkins. Dick is survived by daughter, Charlene Buchanan and husband Robert Sean, of Fairmont; and stepdaughters: Carol Conrad, of Fairmont; Brenda Christy, of South Carolina; and Michelle Christy, of Fairmont. He is also survived by sisters: Patty Richards and husband Jim, of Fairmont and Lynn Waller, of Fairmont; grandchildren: Becky Buchanan, Patrick Buchanan, Lauren Jefferson, and Jesse Maddox, all of Fairmont; as well as several loving nieces and nephews. In lieu of flowers, the family requests that donations be made to Amedysis Foundation, P.O. Box 366, Anmoore, WV 26323. Family and friends are welcome to call at Carpenter and Ford Funeral Home, 209 Merchant Street, Fairmont, on Friday, October 5, 2018 from 5 p.m. – 7 p.m, with a small remembrance by Pastor Bill Stutler taking place at 7:00 p.m. at the funeral home. In keeping with his wishes, Dick will be cremated, with a private interment taking place at W.V. National Cemetery.

The family of Richard Earl Hawkins created this Life Tributes page to make it easy to share your memories.