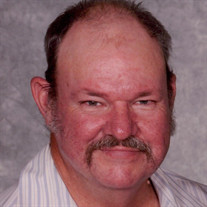 Raymond Lee Knight, 66, of Boothsville Community, passed away on March 22, 2019, at his residence. Raymond was born on September 15, 1952, in Fairmont, a son of the late Simon Edward Knight and Mabel Twyla (Rutherford) Knight. Raymond worked in construction all his life. He loved the outdoors, including hunting and farming. He also enjoyed spending time at cookouts with family. He was proud of his children and grandchildren. Raymond joined the Boothsville Volunteer Fire Department in October 06, 1976, having served his community to the best of his training and knowledge until his health forced him to step down. He served as the Chief of the Fire Department for several years. One of his biggest awards was winning the first ever county-wide Joel McCann Award. He was also a member of the Taylor County EMS Authority Board, the Taylor County Rescue Squad Advisory Board, and both the Marion County and Harrison-Taylor County Fire Chief Association. He also worked with the Boy Scouts Pack and Troop 96, helping scouts to earn the honor of Eagle Scout. In addition to his parents, Raymond was preceded in death by wife, Patricia “Patty” Louise Layman Knight, whom he married on June 10, 1972. Raymond is survived by sons: Stephen “Steve” Knight and wife Christine, of Smithfield, Pennsylvania and Andrew Ray Knight, of Boothsville; daughter, Rachel Eileen Knight, of Boothsville; and grandchildren: Mark Knight, Kristen Knight, Cassidy Knight, and Hunter Knight; and step-grandchildren: Mackenzie Lilley and Cole Lilley. He is also survived by sister, Mary Knight Seese, of Boothsville; brothers: John Wayne Knight and Michael Allen Knight, both of Boothsville, and Richard Edward Knight and wife Tracy, of Fairmont; mother-in-law, Wilma Louise Hamilton Layman, of Montana Mines; brother-in-law, William “Bill” Robert Layman and wife Debbie, of Bunner Ridge; as well as several loving nieces and nephews. Family and friends are welcome to call at Carpenter and Ford Funeral Home, 209 Merchant St., Fairmont, on Sunday, from 5 p.m. – 8 p.m., and on Monday from 11 a.m. to 5 p.m. and a fireman’s visitation from 6 p.m. – 8 p.m., and on Tuesday from 10 a.m. – 11 a.m., with services taking place at the funeral home on Tuesday, March 26, 2019, with Pastor Michael Richards and Pastor Kenny Rockwell officiating. Interment will follow at Clermont Cemetery.

Raymond Lee Knight, 66, of Boothsville Community, passed away on March 22, 2019, at his residence. Raymond was born on September 15, 1952, in Fairmont, a son of the late Simon Edward Knight and Mabel Twyla (Rutherford) Knight. Raymond worked... View Obituary & Service Information

The family of Raymond Lee Knight created this Life Tributes page to make it easy to share your memories.