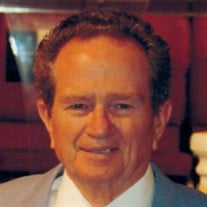 Paul David Vincent, 79, of Fairmont passed away on Friday, January 29, 2021 at West Virginia Veterans Nursing Facility in Clarksburg. He was born in Fairmont on May 19, 1941 a son of the late Arthur Lee and Faye Hall Vincent. He graduated from East Fairmont High School. He proudly served his county in the United States Army, he then was a maintenance foreman for Barrackville and Martinka mines for 24 years. He worked in private construction and had his own mechanic shop. He also worked bus driver for the Marion County Transit Authority. He was a 50 year member of Fairmont Masonic Lodge #9, Knights of Templar – Crusade Commandry #6, Scottish Rite and Osiris Shrine, where he was past president. He was dedicated member of Fairmont First Church of the Nazarene. He enjoyed hunting, fishing, target shooting, wood working but most of all time with his family. He is survived by his daughter Denise DeBellis and her husband Robert of Fairmont; his son Paul D. Vincent II and his wife Dawn of Fairmont; three grandchildren Staci, Alexandria and Danae Vincent; three great grandchildren Ayden, Sophia and Everleigh; a special cousin who he considered a daughter Brooke Beckman and her husband James and their children Logan and Kaylee; one sister Judy Moyer of Virginia Beach, Virginia; a sister-in-law Kathy Hypes; a brother-in-law Larry Williams and several nieces, nephews and cousins. In addition to his parents, he was preceded in death by his loving wife Nancy Carol Anderson Vincent on January 23, 2021; one brother Philip Vincent and two brothers-in-law Darryl Moyer and David Hypes. The family would like to thank the staff at West Virginia Veterans Nursing Facility for their care they gave to Paul David Vincent. Memorial contributions may be made to The Soup Opera, 425 Quincy Street, Fairmont, WV 26554 or Alzheimer’s Association, 1299 Pineview Drive # 3,Morgantown, WV 26505. Friends may call at the Carpenter and Ford Funeral Home on Thursday from 3 – 8 p.m. and Friday from 10a.m. to 11a.m. A service will be held at the funeral home on Friday, February 5, 2021 at 11:00 a.m. with Pastor Kenny Wright officiating. Burial will follow at Beverly Hills Memorial Gardens, where Grave Side Masonic Rites will be conducted by A.F.&A. Masons of Fairmont Lodge No. 9. Full military rites will be conducted at the cemetery by Marion County Veteran’s Honor Guard and U.S. Army.

Paul David Vincent, 79, of Fairmont passed away on Friday, January 29, 2021 at West Virginia Veterans Nursing Facility in Clarksburg. He was born in Fairmont on May 19, 1941 a son of the late Arthur Lee and Faye Hall Vincent. He graduated... View Obituary & Service Information

The family of Paul David Vincent created this Life Tributes page to make it easy to share your memories.

Paul David Vincent, 79, of Fairmont passed away on Friday, January...