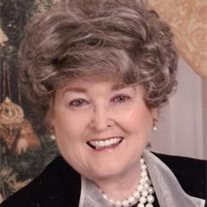 Patty Jean Tucker Patty Jean Tucker, 70, of Morgantown, formerly of Catawba Community, passed from this life into the arms of her Lord and Savior, Jesus Christ on Thursday, October 28, 2010 at 12:52 am after a brief illness. She was surrounded by her loving family at Monongalia General Hospital in Morgantown. Patty was born in Fairmont on December 14, 1939 to the late A. E. “Pete” Tucker and Emogene Summers Tucker, who survives. She graduated from East Fairmont High School in 1957 and attended Fairmont State University. Patty worked hard all her life first for C&P Telephone Company and then retiring in May of 2009 after 47 years of service at Westinghouse, which became North American Philips Lighting. She had several jobs at Westinghouse/ North American Philips in the lamp plant, sealed beam and the repack departments. She made many friends throughout her life and helped many less fortunate than herself. She traveled extensively throughout the world through the years and never tired of exploring new opportunities for adventure. She was an avid follower of the Fox News Channel and enjoyed lively conversations about politics with like minded people. She was a devoted daughter, mother and grandmother. She treasured the moments spent with her son, her mother, her extended family and especially her granddaughter, Gillian and her fiancé Jimmy, all of whom she adored. Patty is survived by her mother, Emogene, her son, Bradley D. Fairman of Fairmont; her long time best friend and fiancé, James “Jimmy” Lacaria of Clarksburg; her brothers, Donnie Lee Tucker, Tommy Tucker and his wife , Linda all of Fairmont; her granddaughter, Gillian D. Fairman; her nephews, Donnie Lee Tucker II, Travis Tucker and his wife, Heidi of Fairmont; great niece and nephew, Bailee and Trace Tucker; Jimmy’s daughter, Tracy DeWitt and her husband Bill; Tracy’s son, Joseph Marozzi, all of Clarksburg; her aunts, Consuelo Phillips of Morgantown and Margaret Summers of Spearfish, South Dakota; her uncle, Darwin Summers of Fairmont and his daughter Sandra Summers of Fairmont and many cousins all of whom will miss her. Funeral arrangements have been entrusted to the Carpenter & Ford Funeral Home, 209 Merchant Street, Fairmont. The family will receive visitors at Carpenter & Ford Funeral Home on Friday, from 6pm to 9pm and Saturday 1pm to 9pm. On Sunday, October 31, 2010 her body will lie in state at the Fellowship Baptist Church, 28 Fellowship Drive (Meadowdale Community) in Fairmont from 1pm to 2pm. The funeral service will be held at the Church at 2pm with Pastor Glenn Stevenson presiding. Burial will follow at Mt. Zion Cemetery. Online condolences may be left for the family at www.carpenterandford.com

Patty Jean Tucker Patty Jean Tucker, 70, of Morgantown, formerly of Catawba Community, passed from this life into the arms of her Lord and Savior, Jesus Christ on Thursday, October 28, 2010 at 12:52 am after a brief illness. She was surrounded... View Obituary & Service Information

The family of Patty Jean Tucker created this Life Tributes page to make it easy to share your memories.