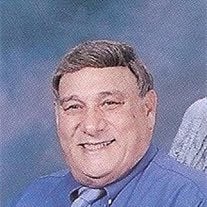 Nick Pellegrin Nick E. Pellegrin, 77, of Fairmont, Pleasant Valley Community, passed away on Wednesday, February 17, 2010 at his home. He was born in Fairmont on October 18, 1932, a son of the late Nick Pellegrin and Nellie Anselene Pellegrin. Nick is survived by his loving wife of 38 years, Rebecca Sue Ogden Pellegrin. He served in the United States Air Force during the Korean War and was a faithful member of the Marion County Military Veterans Council Honor Guard. Nick retired from Withers Broadcasting of West Virginia (WDTV) where he worked as the Director of Programming for 40 years. He graduated from East Fairmont High School in 1951 and attended Fairmont State College. He was a member of Immaculate Conception Roman Catholic Church of Fairmont, Knights of Columbus of Fairmont, 4th Degree, a life member of VFW Post 7048 and a former member of the Fairmont Moose Lodge. Nick enjoyed bowling, and was an avid Pittsburgh Steelers fan. Most of all Nick loved and enjoyed his family. In addition to his wife, Nick is survived by one daughter, Lori D. Zyla, her husband Jason, and their daughter Bastet of Parkersburg; a very special niece, Lana Smith and her husband Chad, and their children Tori and Cameron of Fairmont, two sisters-in-law, Dorothy Southern of Bridgeport and Mickey Paugh of Shinnston and a brother-in-law Dick Ogden of Waco, Texas and several nieces and nephews. In addition to his parents, he was preceded in death by a brother, Jerry Pellegrin and a sister, Anita Pellegrin. Friends and family may call at Carpenter and Ford Funeral Home, 209 Merchant Street, Fairmont on Thursday from 6 - 8 pm, and on Friday from 2 - 8 pm. A Vigil Service will be held at 4pm on Friday at the funeral home. A Mass of the Christian Burial will be celebrated on Saturday February 20, 2010 at 11:00 am at Immaculate Conception Catholic Church, 319 Maryland Avenue in Fairmont with Father Richard Ulam O.S.B. as the Celebrant. Full Military honors will be conducted by the Marion County Military Veterans Council Honor Guard outside the church following the Mass. Interment services will follow at Mount Carmel Cemetery, weather permitting. Online condolences may be sent to the Pellegrin Family at www.carpenterandford.com.

Nick Pellegrin Nick E. Pellegrin, 77, of Fairmont, Pleasant Valley Community, passed away on Wednesday, February 17, 2010 at his home. He was born in Fairmont on October 18, 1932, a son of the late Nick Pellegrin and Nellie Anselene Pellegrin. Nick... View Obituary & Service Information

The family of Nick Pellegrin created this Life Tributes page to make it easy to share your memories.