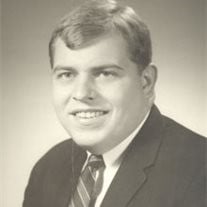 Dr. Michael A. Grant, 62, of Fairmont died on Saturday, June 6, 2009 surrounded by family and friends. A native of Nitro Dr. Grant was born on September 15, 1946 to parents Ina Merle Grant of Nitro and the late Cline Washington Grant. Dr. Grant attended undergraduate and medical school at West Virginia University, graduating in 1972. He interned at Cincinnati General Hospital before serving in the United States Navy as a medical officer for four years, where he attained the rank of Lt. Commander aboard the USS Nimitz and USS Eisenhower. Dr. Grant then returned to West Virginia to complete his residency in general and vascular surgery at WVU Hospital. In 1982, he started a private practice, Marion Surgical Associates, with Dr. David McLellan and was later joined by Dr. Charles Frank, in Fairmont, where he worked for 22 years. Among his many achievements at Fairmont General Hospital, Dr. Grant served as Chief of Staff and as Medical Director of the FGH Wound Healing and Hyperbaric Center. Above all, Dr. Grant loved serving the people of his community. After retiring in 2004, Dr. Grant enjoyed gardening and spending time with friends, family and his four dogs. He is survived by his wife of 37 years, Judy Lynn Humphries, his three children Susan, Christopher and Elizabeth, his granddaughter Molly Cook, his brother Thomas Gregory Grant and his mother Ina Grant. Please join us in a memorial celebration of Dr. Grant’s life on Wednesday, June 10, 2009 at 6:00pm located at Westchester Village in Fairmont. A private service will be held at Dr. Grant’s residence at a later date. In lieu of flowers, memorial contributions may be made in Dr. Grant’s name to the Fairmont General Foundation, 1325 Locust Avenue, Fairmont, WV, 26554. Carpenter and Ford Funeral Home, 209 Merchant Street, Fairmont has been entrusted with arrangements. Online condolences may be sent to the Grant Family at [email protected]

The family of Dr. Michael A. Grant created this Life Tributes page to make it easy to share your memories.