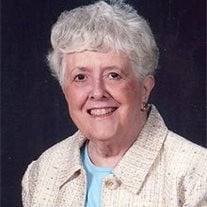 Mary Jo Hawkins Mary Jo (Wharton) Hawkins, 85, of Fairmont passed away peacefully on Thursday March 17, 2011. The only child of the late Russell M. Wharton and Bernice (Radford) Wharton, Mary Jo was born in Shinnston, WV on April 24, 1925. She was a 1943 graduate of Fairmont Senior High School and attended West Virginia University. She had also worked as a dental assistant for Dr. Bell in Fairmont. She married Jack D. Hawkins on April 23, 1944. He preceded her in death on December 30, 1998 after 54 years of marriage. Mary Jo was a member of Central United Methodist Church, where she and Jack were united in marriage. She was a part of numerous Circles over her lifetime. She was a member of Chapter 14 of the Eastern Star of Parkersburg. She devoted her life to her family. She was a loyal fan of WVU and enjoyed watching sports on TV. Her passion for playing bridge was matched only by Mary Jo's love of the friends she was playing with. Mary Jo is survived by two daughters, Sue A. Hassis and husband Charles of Ponte Vedre Beach, FL. and Sally J. Cann and husband James of Bridgeport. Also surviving are five grandchildren and five great grandchildren, Ben Chapman and wife, Dee Dee, and children Reagan, Riley and Rebecca of Orange Park, FL, Mark Chapman and wife Amy, and children Rixon and Phoebe of Orange Park, FL, Carmen Cann of Bridgeport, Jay Cann and fiance Rachel of Morgantown and Jack Cann of Bridgeport. Family and friends may call at the Carpenter and Ford Funeral Home, 209 Merchant Street, Fairmont on Sunday from 2-7pm. The funeral service will be held at the funeral home on Monday March 21, 2011 at 11am with Pastor Mary Ellen Finegan officiating. Interment will follow at Shinnston Masonic Cemetery. Memorial contributions may be made to the American Cancer Society, Marion Unit, 122 South High Street, Morgantown, WV 26501. Online condolences and memories may be left at www.carpenterandford.com

The family of Mary Jo Hawkins created this Life Tributes page to make it easy to share your memories.