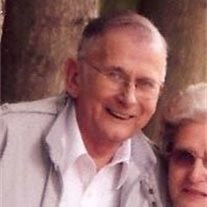 Marven Davis Marven Davis, 78, of Fairmont died on August 22, 2009 at Fairmont General Hospital, surrounded by his family. He was born in Fairmont on December 29, 1930 the eldest son of the late Ray and Hazel Fordyce Davis. Marven attended Levels School and graduated from East Fairmont High School in 1949. He is a Korean War veteran, proudly serving his country in the United States Air Force. He was employed as a shift foreman at Owens Illinois in Fairmont and in North Bergen, New Jersey and retired after 33 years of service. After retirement, Marven served as a Jailor and Deputy Sheriff/Constable for Coffee County Sheriff’s Department in Douglas, Georgia. While in Georgia, he was also a volunteer firefighter. Marven participated in the founding of and was a Deacon at the Morningside Baptist Church in Douglas, Georgia. After returning to Fairmont in 1991, he joined The Baptist Temple where he also served as a Deacon and participated in various committees. Marven enjoyed camping and was a member of the Campers and Hikers Association, Maple Leaf Chapter in Fairmont and the Coffee Sipper’s in Douglas, Georgia. He is survived by his loving wife of 53 years, friend and dedicated care giver Barbara; his sons Bill Davis and wife Mary of Fairmont, Fred Davis of Fairmont and Chuck Davis and his wife Suz of Morgantown; his daughter Susie Adkins and her husband Tom of Westover, Maryland; siblings Edward Davis of Fairmont, Joy Poling and her husband Richard of Waynesboro, Pennsylvania, Willa Yost and her husband Larry of Indonesia, and Janet Jackson and husband James of Arnettsville; his five beautiful grand daughters Stacia Davis of Gainesville, Florida, Karen Davis of Fairmont, Elizabeth Cottrell, Amanda Adkins and Emily Adkins all of Westover, Maryland and several nieces, nephews and cousins. In keeping with the wishes of the deceased, his body will be donated to the Human Gift Registry at West Virginia University. A memorial service will be held on Saturday, August 29, 2009 at 11:00am at The Baptist Temple in Fairmont with Reverend Dr. Holley Faulkner officiating. Contributions in Marven’s honor may be made to The Baptist Temple, 430 Morgantown Avenue, Fairmont, WV, 26554; The American Lung Association, 415 Dickinson Street, 2nd Floor, Charleston, WV, 25301; and The American Heart Association, 1110 Prestwick Avenue, Morgantown, WV 26508.

Marven Davis Marven Davis, 78, of Fairmont died on August 22, 2009 at Fairmont General Hospital, surrounded by his family. He was born in Fairmont on December 29, 1930 the eldest son of the late Ray and Hazel Fordyce Davis. Marven attended... View Obituary & Service Information

The family of Marven Davis created this Life Tributes page to make it easy to share your memories.