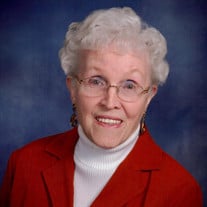 Madeline Delilah Cerisano, 91, of Hibbs Eddition, East Side, departed for her journey home with the Lord on Sunday, May 31, 2020, at United Hospital Center in Bridgeport after a short illness. She was born on April 30, 1929, in Monongalia County, a daughter of the late Noel and Florence (Bunner) Helms. Madeline and her siblings were orphaned on March 25, 1944, after their father was killed in a violent explosion at the Katherine Coal Mining Company’s No. 4 mine near Shinnston. Their mother had passed away 16 months prior. In 1948 she married Russell Cerisano and moved to Ohio; they resided in Tiltonsville until 1972, when they moved back to Fairmont. She was a loving wife, mother, and homemaker. She retired as a cook from East Dale Elementary School in 1993, after nine years of service. She will be remembered for her love of gardening, flowers, crafts, and ceramics. She was a devout member of the Immaculate Conception Catholic Church. She is survived by sons: John M. Cerisano and wife Karen, and Russell D. Cerisano and wife Eugenia, all of Fairmont, and Kevin Cerisano and wife Jeanette, of Trussville, Alabama; daughter, Vickie Godish and husband Joe, of Murrells Inlet, South Carolina; seven grandchildren; 13 great-grandchildren; two step-grandchildren; seven step great-grandchildren; and brothers, Darrell Helms and Grant Helms, both of Ohio. In addition to her parents, she was preceded in death by her loving husband, Russell Cerisano, who passed away in 1993. She was also preceded in death by brothers: Sylvester, Fred, Cecil, Frank, Arl, James, and Robert Helms; and sisters: Beulah Shackelford, Lucille Wilson, Betty Metz, and Helen Nester. Family and friends are welcome to call at Carpenter and Ford Funeral Home, 209 Merchant St., Fairmont, on Wednesday, June 03, 2020, from 11:00 a.m. until the service at 1:00 p.m., at the funeral home, with Father Jojan Joseph CST officiating. Entombment will take place at Grandview Memorial Gardens.

Madeline Delilah Cerisano, 91, of Hibbs Eddition, East Side, departed for her journey home with the Lord on Sunday, May 31, 2020, at United Hospital Center in Bridgeport after a short illness. She was born on April 30, 1929, in Monongalia County,... View Obituary & Service Information

The family of Madeline Delilah Cerisano created this Life Tributes page to make it easy to share your memories.