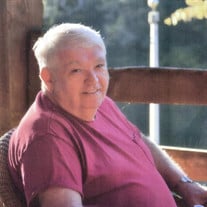 Leo Eugene Cottrell, 71, of Bunner Ridge Community, Fairmont, passed away at Mon General Hospital, Saturday, September 18, 2021, surrounded by his family following a short illness. He was born on Robinson Run on December 16, 1949, youngest child of the late Sherman and Eula (Vanhorn) Cottrell. Leo is survived by his wife of 48 years, Nancy Bunner Cottrell. Leo was a member of the Church of Christ at Mt. Nebo. Leo was a 1967 graduate of Fairview High School. After high school, he was drafted and served in army with the 101st Airborne in the Vietnam War from 1970 to 1971 and received the Bronze Star. In his later years, he enjoyed contacting the men with whom he served his country and rekindling old friendships. Leo was a loving father and husband. He was very family-oriented man, who always worked hard and provided for his family. He enjoyed tinkering in his spare time and could fix or make anything. He earned his living by working in the coal mines for over 44 years. He had worked for Eastern Associated Coal in the shaft department, Eastern Associated Federal #1 mine as a mechanic/electrician, and he retired from Eastern Associated / Patriot Coal Federal #2 in 2012. He is survived by his four children Cindy (David) Janes, Michael Cottrell, Susan Cottrell and Jennifer (Randy) Cottrell Clayton. He is also survived by seven grandchildren Emma Cottrill, Phoebe (Tyler) Brown, Leah Janes, Elijah Janes, Isabella Cottrell, Ivy Janes, and Isaiah Janes. Also surviving are his brother Stanley (Carolyn) Cottrell and his sister Betty Snyder Roberts, two brothers-in-law Camden (Carolyn) Bunner and Edwin "Fleek" Bunner, and many nieces, nephews, cousins, friends, and his best friends Owen Handley, Larry Sullivan, and Randy Sharp. In addition to his parents, he was preceded in death by his grandson, Matthew Clayton. His two brothers, Orville “Jack” Cottrill and Kenny (Barbara) Cottrell. His brother and sisters-in-law, Ilene Cottrell, Marvin Snyder, Frank Roberts, Betty Jean (Walter) Graves, Dortha Mae (Jess) Stewart, Geraldine “Gerrie” (George) Morris, Patricia (Harold “Bucky”) Rush, and Sandra Bunner. Family and friends are welcome to call at Carpenter and Ford Funeral Home, 209 Merchant St., Fairmont, on Tuesday from 1:00 – 8:00 p.m.., and on Wednesday, September 22, 2021, from 10:00 a.m. until the time of the funeral service at 11:00 a.m., at the funeral home, with Evangelist Roger Rush, officiating. Interment will follow at Mt. Nebo Cemetery in Marion County, where military honors will be accorded by the Marion County Veterans Council Military Honor Guard and the U.S Army Reserve from Camp Dawson.

The family of Leo Eugene Cottrell created this Life Tributes page to make it easy to share your memories.