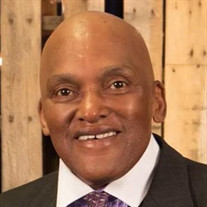 Kerry Lee Marbury, 67, of Fairmont, passed away at his home on Sunday, June 23, 2019. He was born in Fairmont on March 21, 1952, a son of the late Arthur Laster and Lizella Hines Marbury Lewis. He graduated from Monongah High School and later attended Fairmont State University where he earned his BS in 1990, and later earned his Masters from WVU in 1991; he became a professor of Humanities and Race, Class, and Gender at Fairmont State University, as well as an FSU Safety Director. Kerry was an immensely talented athlete, earning such accolades as: All-State 1968 & 1969, All-American 1969, West Virginia Back of the Year in 1969, and ranked in the top 100 players in the U.S. in 1969. He lettered in football for four years, track for four years, and basketball for two years; he played football at WVU from 1971-1972, and was drafted by the Cleveland Browns in 1976, but eventually left football by the age of 24. Despite his talent and education, Kerry will be remembered most of all for his love of family, friends, neighbors, and laughter. Kerry is survived by his wife, Deborah (Freeman) Marbury, of Clarksburg; daughter, Trevia Holland and husband Manual, of Fairmont; brothers: Marcus Lewis, of Carolina, Willie Marbury Sr., of Michigan, and Charles Keith and wife Dorothy, of Michigan; sister, Lydia Robinson, of Michigan; grandchildren: Cameron Marbury and girlfriend Valeri Barnett, and Naythan Holland, all of Fairmont; great-granddaughter, Kyonna Marbury; aunts: Juanita Arnold, of Fairmont, Norma Jean Thompson, of Fairmont, Nellie Hines, of Carolina, and Wilma Reeves, of South Carolina; uncle: Chester Hines, of North Carolina; mentor: Dr. Paul Edwards, whom Kerry lovingly called “Dad”; as well as many loving nieces, nephews, friends, and neighbors. In addition to his parents, he was preceded in death by brother, James Marbury, and sister, Toni Drake. Family and friends are welcome to call at Calvary Temple Assembly of God, 28 Calvary Lane, Fairmont, WV 26554 on Saturday, June 29, 2019, from 11 a.m. - 1 p.m., with services starting at 1:00 p.m. at the church, with Pastor Tim Shuttlesworth officiating. Interment will follow at Woodlawn Cemetery.

Kerry Lee Marbury, 67, of Fairmont, passed away at his home on Sunday, June 23, 2019. He was born in Fairmont on March 21, 1952, a son of the late Arthur Laster and Lizella Hines Marbury Lewis. He graduated from Monongah High School and later... View Obituary & Service Information

The family of Kerry Lee Marbury created this Life Tributes page to make it easy to share your memories.

Kerry Lee Marbury, 67, of Fairmont, passed away at his home on...