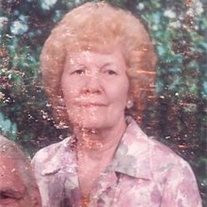 Kathleen “Katie” Bogdan Kathleen M. Bogdan, 80, of Fairmont, died on Thursday, November 5, 2009 at Monongalia General Hospital in Morgantown. She was born in Catawba on October 9, 1929 a daughter of the late Roy Everett Mahaffey and Hazel Winifred Reckart Mahaffey. Kathleen was a 1947 graduate of East Fairmont High School. She was Roman Catholic by faith. She was very interested in and loved to study genealogy. She was employed in the finance department for the United States Civil Service and had also worked at Wells Flowers and Spadafore Appliance. Kathleen was most recently employed at Adams Office Supply. She is survived by loving husband of 59 years Rudolph F. Bogdan; her son Michael F. Bogdan of Fairmont; her brother Delbert H. Mahaffey and his wife Ruth of Morgantown and Roy R. Mahaffey, Jr. of Morgantown; her sister Wilda Prahl and her husband George of Fairmont; her sister-in-law, Marilyn Mahaffey of Elkins; her grandchild Carrie Jo Bogdan of Knoxville, Tennessee; two great-grandchildren Devlin Bogdan and Audrie Bogdan and several nieces and nephews. In addition to her parents, Kathleen was preceded in death by her brother Lanta Lee Mahaffey and her sister-in-law Roberta Mahaffey. Friends and family may call at Carpenter and Ford Funeral Home, 209 Merchant Street, Fairmont on Monday from 1pm to 8pm. A vigil service will be held at 5pm on Monday at the funeral home led by Sister Stella Cronauer, CSJ. Visitation will also be held on Tuesday from 9am to 10am at the funeral home. A mass of Christian Burial will be celebrated at 10am at the Immaculate Conception Roman Catholic Church on Tuesday, November 10, 2009 with Father Pat Wash as the Celebrant. Interment services will be held at Catawba Cemetery. Online condolences may be sent to Kathleen Bogdan’s family at www.carpenterandford.com.

The family of Kathleen M. Bogdan created this Life Tributes page to make it easy to share your memories.