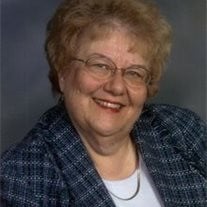 Jolinda Linn Jolinda S. Linn, 62, of Monroe, Michigan, formerly of Fairmont, died unexpectedly after a sudden illness on Saturday, September 26, 2009 at Mercy Memorial Hospital in Monroe. She was born in Fairmont on September 12, 1947 a daughter of the late James and Mary Whisler Sparks. Jolinda grew up in Pleasant Valley and graduated from East Fairmont High School in 1965. She was active with the class reunion group. She was a recipient of the Golden Horseshoe Award. She married William D. Linn in 1966 in Oakland, Maryland. Jolinda went on to earn a Bachelor of Science in Nursing from West Virginia University in 1970. For thirty years she was employed by Monroe County, Michigan Health Department as a Home Health Care Supervisor. Most recently she was employed by Mercy Memorial Hospital System, Home Care Connection as a visiting nurse for the past four years. She was an active member of St. Paul’s United Methodist Church in Monroe and a former member of Valley Chapel United Methodist Church. She had also been a member of the Order of The Eastern Star. Jolinda’s special interests in life were her parents, her children, her grandchildren and her many friends. She was also a huge WVU Mountaineer fan. She is survived by children, her daughter Jennifer Brey and her husband Herman of Ypsilanti, Michigan and her son, Jeffrey Linn and his wife Julie of Carleton, Michigan and two very special grandchildren, Griffin Linn and Sydney Linn. The funeral service will be held in Monroe, Michigan on Wednesday, September 30, 2009 at St Paul’s United Methodist Church. Friends and family may call at Carpenter and Ford Funeral Home, 209 Merchant Street, Fairmont on Friday from 10:00am to Noon. Services will follow at the funeral home on Friday, October 2, 2009 at noon with Pastor John Conaway officiating. Interment services will be held at the Heavner Cemetery in Buckhannon. Memorial contributions may be made to the Soup Opera, PO Box 10, Fairmont, WV 26555 or Valley Chapel United Methodist Church, 1511 Pleasant Valley Road, Fairmont, WV 26554. Online condolences may be sent to the Linn Family at www.carpenterandford.com.

Jolinda Linn Jolinda S. Linn, 62, of Monroe, Michigan, formerly of Fairmont, died unexpectedly after a sudden illness on Saturday, September 26, 2009 at Mercy Memorial Hospital in Monroe. She was born in Fairmont on September 12, 1947 a daughter... View Obituary & Service Information

The family of Jolinda S Linn created this Life Tributes page to make it easy to share your memories.