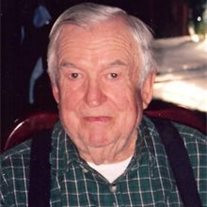 John Franklin Holt John Franklin Holt, 92, of Fairmont, Kuhns Run Community, went to be with the Lord on Thursday May 12, 2011 at Healthsouth Rehabilitation Center in Morgantown. He was born in Boothsville on May 22, 1918, a son of the late Wilber and Willa (Hall) Holt. He was a graduate of Grafton High School and a farmer by trade. John was the last surviving member of his immediate family. He went by the name of “cattle hauler”. He hauled cattle for several years for several different individuals and companies. He pulled horses for several years at numerous fairs and festivals in WV and surrounding states. His hobbies included going to livestock and horse sales. He also enjoyed hunting. He belonged to the Draft Horse and Mule Association. He was a lifetime member of the Moose Lodge. In the late 40's and 50's, he belonged to the Beagle Clubs in Harrison and Marion County, he was a county committeeman of the ASCS which later became the FSA. He belonged to the FSA for approx. 50 years, he was thought of as the “conscience” of the organization in which he wanted everyone to be treated equal and fair. John is survived by his loving wife and companion, Josephine (Leonard) Holt of Fairmont, two sons, Frank Holt of Fairmont and John Richard Holt and his wife Tamra of Fairmont, two daughters, Marva Jean Bombard and her husband Joe of Fairmont and Martha “Honey” and Ralph Amos of Fairmont, 11 grandchildren, Melissa Allen, Tim Holt, Kim Mascara, Joe Bombard Jr., James Bombard, Tami Sue Lindsey, John Holt Jr., Michael Holt, Jeremy Holt, Mary Holt, and Sydni Broadwater, as well as several loving great grandchildren. Also surviving is one step-son, Roy Leonard and one step-daughter, Madonna Leonard. In addition to his parents, he was preceded in death by his first wife, Mary Lee Nuzum,a daughter-in-law, Anna M. Holt, two sisters, Wilma Hartley and Murial Holt and by a brother, Arthur Holt. Family and friends may call at the Carpenter and Ford Funeral Home on Saturday from 5-8 pm and on Sunday from 1-8 pm and on Monday from 11am - 1pm. The funeral service will be held at the funeral home on Monday May 16, 2011 at 1 pm with Pastor Lonnie Fast officiating. Interment will follow at Janes Memorial Cemetery in Marion County. Online condolences may be left for the family at www.carpenterandford.com

John Franklin Holt John Franklin Holt, 92, of Fairmont, Kuhns Run Community, went to be with the Lord on Thursday May 12, 2011 at Healthsouth Rehabilitation Center in Morgantown. He was born in Boothsville on May 22, 1918, a son of the late... View Obituary & Service Information

The family of John Franklin Holt created this Life Tributes page to make it easy to share your memories.