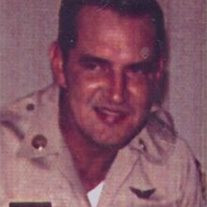 Joe Edward Pogue Joe Edward Pogue, 77, of Fairmont passed away Friday, November 25, 2011 at the Tygart Center in Fairmont. He was born in Fairview on February 20, 1934, a son of the late Joe W. and Mary (Tennant) Pogue. Joe proudly served his country with the United States Military for 27 years after graduating from Fairview High School. He started with the Air Force for two years and finished his military career with 25 years service with the Army. In his earlier years he had worked for Owens-Illinois, Westinghouse, the WV Department of Highways for five years and most recently as caretaker for VFW Post 7048. He was a Life Member of VFW Post 7048. He enjoyed reading, working on pictures on the computer and being with his family. He is survived by his loving wife, Rosemary Pogue of Fairmont, three sons, Bill Wilson and his wife Beverly of Fairmont, John Wilson and his wife Stephanie of Morgantown and William Comp and his wife Erin of Massachusetts, one daughter, Kimberly Cain and her husband David of Morgantown, 13 grandchildren, John Wilson, Rick Wilson, Jeff Wilson, Robbie Wilson, Casey Wilson and his wife Loraine, Valerie Kuzma and her husband Bill, Megan Cain, Baylee Hudson, Paige Hudson, Sophia Cain, Tyler Comp, Emma Comp, Isabell Comp and two great-grandchildren, Kayla Wilson and Anna Wilson. Also surviving are two sisters, Nancy Saurborn and her husband James of Plum Run and Deborah Kimble and her husband David of Florida, one brother, William Pogue and his wife Doris of Ohio, a special cousin, David Cassell of Fairmont as well as several loving nieces, nephews, and cousins. In addition to his parents, he was preceded in death by his step-mother, Bertie M. Pogue. Family and friends may call at Carpenter and Ford Funeral Home, 209 Merchant St., Fairmont on Sunday from 6-8 pm and on Monday from 8 am – 9 am. The funeral service will be held in the funeral home on Monday, November 28, 2011 at 9 am with Pastor John Pigott officiating. Interment will follow at WV National Cemetery in Pruntytown where full military honor will be conducted by the Marion County Veterans Council Honor Guard. The Honor Guard will serve as pallbearers. Mr. Pogue's Family would like to thank the staff of the Tygart Center and of Amedisys Hospice for the wonderful care they gave Joe during his illness. Memoiral contributions may be made to Amedisys Hospice, PO Box 366, Anmore, WV 26323. Online condolences may be left for the family at www.carpenterandford.com

Joe Edward Pogue Joe Edward Pogue, 77, of Fairmont passed away Friday, November 25, 2011 at the Tygart Center in Fairmont. He was born in Fairview on February 20, 1934, a son of the late Joe W. and Mary (Tennant) Pogue. Joe proudly served... View Obituary & Service Information

The family of Joe Edward Pogue created this Life Tributes page to make it easy to share your memories.