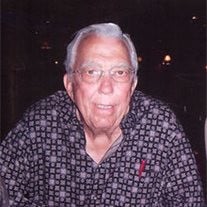 Jay L. Morgan Jay Morgan, 74, a local businessman, of Fairmont passed away on Thursday August 19, 2010 at his home. He was born in Fairmont on March 10, 1936 a son of the late Bert McCue "Cue" Morgan and Rose May Cool Morgan. He was preceded in death by his loving wife of 40 years, Delia "Dee" (Anderson) Morgan who passed away on September 27, 2000. Mr. Morgan had worked in the auto parts business since 1964. He was the owner of Morgan Auto Parts - NAPA Stores. He and his family operated stores throughout West Virginia , Pennsylvania and Maryland. Prior to that, he owned and operated the Ashland Gas Station on Speedway Ave in Fairmont for two years. He was one of the founders of Monongahela Valley Bank. He also owned the Parkersburg Livestock Market, and the Liberty Truck Stop in Parkersburg. Jay also was owner of CAM Concepts machine shop of Fairmont. Jay graduated from East Fairmont High School in 1954. He proudly served his country with the United States Navy and was a member of Fairmont American Legion Post # 17. He was a member of the Masonic Lodge Acacia #157. He often spent his winters in Florida and was fond of fishing, boating, and hunting. He also liked working on his farm and he enjoyed his many business interests. His real passion was his family. He adored his late wife Dee, his children and his wonderful grandchildren. Survivors include, his children and their spouses, Marty and Kellie Morgan of Fairmont, Cindy and Bryan Woodward of Bridgeport; five very special grandchildren, Lauren Morgan, Hunter Morgan and Skyler Morgan of Fairmont, Jay Woodward and Woody Woodward of Bridgeport; a sister, Mary Lou Bengston of Atlanta; two brothers-in-law, Elmer Anderson and his wife Erma of Kentucky and Berley Anderson and his wife Virginia also of Kentucky; two sisters-in-law, Helen Morgan of Fairmont and Freda Morgan of Weirton and numerous wonderful nieces, nephews, great nieces and nephews. In addition to his parents and wife, Jay was preceded in death by his brothers, Earl Morgan, Eugene Morgan and Edward Morgan and a sister, Clara Sue Browning. Friends and family may call at the Carpenter & Ford Funeral Home, 209 Merchant Street, Fairmont on Saturday from 6pm to 9pm and Sunday 2pm to 9pm and Monday 10am to 11am. The funeral service will be at 11am on Monday, August 23, 2010 at the funeral home with Pastor Randy Vincent officiating. Entombment will follow at Mt. Zion Cemetery. Full military honors will be conducted at the cemetery by the Marion County Veterans Council Military Honor Guard. In lieu of flowers, memorial contributions may be made to the East Fairmont High School Foundation, Jay Morgan Memorial Scholarship Fund, P O Box 2189, Fairmont, WV 26554 Online condolences may be sent to the Morgan Family at www.carpenterandford.com

Jay L. Morgan Jay Morgan, 74, a local businessman, of Fairmont passed away on Thursday August 19, 2010 at his home. He was born in Fairmont on March 10, 1936 a son of the late Bert McCue "Cue" Morgan and Rose May Cool Morgan. He was preceded... View Obituary & Service Information

The family of Jay L. Morgan created this Life Tributes page to make it easy to share your memories.