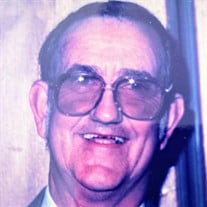 James “Jimmy” Dale Swisher, 87, of Fairmont, formerly of Baltimore, Maryland, passed away on Monday, September 02, 2019, at J.W. Ruby Memorial Hospital. He was born on June 11, 1932, in Philipi, a son of the late Wesley Forrest Swisher and Mary Louise (Jamison) Swisher. After graduating high school, James went on to work in the Engineering Department of Bethlehem Steel. He was a member of the Fellowship Baptist Church. He was known for his love of fishing, hunting, and sports, especially the Maryland Terrapins. He will be remembered for his wonderful personality. James is survived by his niece, Rebecca “Dolly” Bellish, of Fairmont, who cared for him for the last 33 years, since 1986. He is also survived by his sister, Pauline Deloris Bellish, of Fairmont. In addition to his parents, he was preceded in death by wife, Violet Virginia (Hare) Swisher, as well as his brothers: Arthur Bates Swisher, Robert Lee “Bobby” Swisher, and Willis Swisher; and sisters, Dorothy (Swisher) Craig and Mary Louise (Swisher) King. In keeping with his wishes, James will be cremated.

The family of James Dale Swisher created this Life Tributes page to make it easy to share your memories.