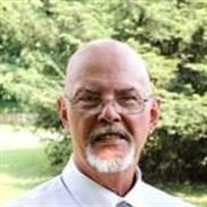 James “Jim” Robert Howard, 72, of Fairmont passed away on Monday, September 23, 2019 at Fairmont Health and Rehabilitation Center. He was born on August 9th, 1947 in Wheeling, WV. Jim graduated from East Fairmont High School in 1965. He served in the United States Marine Corps from 1967 – 1970 and served in Vietnam. Jim was an auto mechanic for 25 years and was also an avid computer tech and helped many people over the years with computer issues. Jim loved old cars; he restored an Austin Healey MK III in his younger years. He enjoyed playing golf with his wife and friends. Jim was always joking with people and enjoyed his step grandchildren and joking around with them. Jim is survived by his wife of 52 years, Sandra (Gibson) Howard of Fairmont and Summerfield, FL. Jim recently moved from Florida to West Virginia due to health reasons and to be near his family. Jim is also survived by his daughter, Michele (Howard) Vincent and her husband, Fred of Fairmont; four step-grandchildren, Freddy, Ashlee, Alex and Faith; his sister, Delores Jean Ostrander of Sistersville, WV; his brother, Randolph Myers and his wife, Pam of North Port, FL; brother-in-law, Donald Gibson and his wife, Jean of Jacksonville, FL; his sister-in-law, Rosemary Gibson of Martinsburg; seven nephews and a niece, Ed, Jonathan, Josh, Jeremy, Joe, Donald Jr., Shelley, and Todd. Jim was preceded in death by his biological father, Harry “Banjo” Howard; his aunt and uncle, whom he considered his parents, Harold and Emogene Myers; his in-laws, Eugene and Mary Gibson; his brother-in-law, Robert Gibson; and two nephews, Jesse and Jeffrey; best friend, Perry Morgan. In lieu of flowers, memorial contributions may be made to The Association for Frontotemporal Degeneration, Radnor Station Bldg. #2 Ste 320, 290 King of Prussia Road, Radnor, PA 19087 or theaftd.org. Family and friends will be received at the Carpenter and Ford Funeral Home, 209 Merchant Street, Fairmont on Monday from 4:00 – 8:00 pm and on Tuesday, October 1, 2019 from 10:00 – 11:00 am. The funeral service will be on Tuesday at 11:00 am at the funeral home with Pastor George Murphy, officiating. Cremation will take place following the services. Inurnment will take place on Friday, October 25, 2019 at 2:00 pm in the West Virginia National Cemetery, full military rites will be accorded by the Marine Corps Funeral Guard and the Marion County Veterans Council Military Honor Guards.

The family of James Robert Howard created this Life Tributes page to make it easy to share your memories.

James “Jim” Robert Howard, 72, of Fairmont passed away on Monday,...