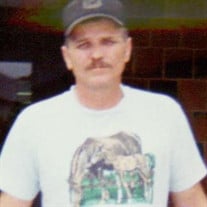 James Allen Gorbey, 67, of Fairmont, passed away on Monday, July 29, 2019, at Pittsburgh Veterans Administration Hospital. He was born October 11, 1951, in Bergholz, Ohio a son of the late Michael and Sarah (Johnson) Gorbey. He is survived by his loving and devoted wife, Mary Jane (White) Gorbey. James proudly served his country in the United States Army, serving in the Vietnam War. He retired from the Ford Motor Company in Lorain Ohio with more than 20 years of service. He was a former member of the American Legion. His favorite pastimes were hunting, fishing, and spending time with his large, loving family, especially his granddaughter Brooklyn, whom he was helping raise. In addition to his wife, James is survived by his sons: James S. Gorbey and his wife Kristina, of Texas, John Gorbey and Tammy Authurs, of Ohio, and James A. Gorbey Jr., of Fairmont; his daughters, Nicole Gorbey, of Ohio, and Angela Gorbey, of Fairmont; nine grandchildren; and one great-grandchild. Also surviving are three brothers: Kenneth Gorbey and his wife Patty, of Ohio, Milton Gorbey and his wife, Linda, of Rivesville, and J.D. Gorbey, of Fairmont; two sisters, Ann Glanton and her husband Terry, of Georgia, and Mary Lou Mullenax and her husband George, of Monongah; a special sister-in-law Carolyn Martin, of Fairmont, who always made strawberry cheesecake for him,; and numerous nieces and nephews, including a special niece, Letha Thompson, of Monongah, who always came to the house to cut his hair; and special friend who he thought of as a brother, Ronnie Stottlemire, of Fairmont. In addition to his parents, James was preceded in death by brothers: Richard Gorbey, Clinton Gorbey, Jack Gorbey, Frederick Gorbey, Donald Gorbey, Mitchell Gorbey, and Glen Gorbey; and sister, Elizabeth Stuckey. Friends and family are welcome to call at Carpenter & Ford Funeral Home, 209 Merchant Street, Fairmont, on Thursday from 1 p.m. to 8 p.m. and on Friday from 10 a.m. to 11 a.m. The funeral service will be held at 11:00 a.m. on Friday, August 2, 2019 at the funeral home, with Pastor Claude Kinty officiating. Interment will follow at the West Virginia National Cemetery with Full Military Honors conducted by the Marion County Veterans Council Honor Guard and the United States Army at Camp Dawson.

James Allen Gorbey, 67, of Fairmont, passed away on Monday, July 29, 2019, at Pittsburgh Veterans Administration Hospital. He was born October 11, 1951, in Bergholz, Ohio a son of the late Michael and Sarah (Johnson) Gorbey. He is survived... View Obituary & Service Information

The family of James Allen Gorbey Sr. created this Life Tributes page to make it easy to share your memories.

James Allen Gorbey, 67, of Fairmont, passed away on Monday, July...