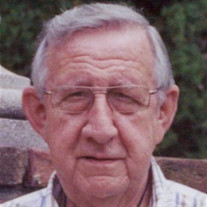 Jacob “Jake” Gladstone Brumage, 84, of Addington Place in Titusville, Florida, formerly of Fairmont, West Virginia, passed away on Wednesday, February 12, 2020, at Parrish Medical Center in Titusville, Florida. He was born on November 21, 1935, in Fairmont, a son of the late Benjamin Lee Brumage and Virgie Leona (LeMaster) Brumage. Jake owned Brumage Heating and Cooling in Fairmont before moving to Florida in 1980. He was employed in sales for his lifetime. In Florida he was a building contractor in housing and earned his real estate license. Jake retired as a manager of Digital Detection Security before returning to Fairmont in 2005. Jake became a Fairmont Lions Club Member in 1970. After moving to Florida, he became a member in Lake Mary and Lockhart Lions Club. Jake became President in both Fairmont and Florida Lions Clubs several times through the years. When he and his wife, Margaret, returned to Fairmont he rejoined the Fairmont Lions Club where he worked diligently to recruit new members. He thoroughly enjoyed working the sales of apples, peaches, nuts, and candy to raise money for the Fairmont Lions Club. Jake was full force in the broom and mop sales several times a year as well as the yearly Christmas party at the Mission. Jake was a board member of the Senior Citizens in 2018 and 2019 where he was involved along with other members in a fund-raising effort to buy a truck for delivering hot meals for the seniors in this area. Jake loved politics and was a member of the Democrat Party when he received the award of Democratic Man of the year in 2008. Jake is survived by his four daughters: LaDonna Fox, of Ohio, Sandra Dawson and her husband Gordon, of Bridgeport, Kimberly Parker and her husband Bobby, of Deltona, Fl. and Terry Brumage, of Washington; his sister, Margaret Ann (Brumage) Sawitski; his three stepchildren: Cathy Davis, of Fairmont, Patrick Davis, of Bridgeport, and Barbara Simpson and her husband Michael, of Titusville, Fl.; his sister-in-law, Geneva Shinaberry, of Fairmont; his brother-in-law, Willis Shinaberry and his wife Dottie, of Myrtle Beach, SC; 13 grandchildren and 14 great-grandchildren; as well as several nieces and nephews. In addition to his parents, Jake was preceded in death by his wife of 37 years, Margaret Ann (Shinaberry) Brumage, who died on October 1, 2019; his five brothers: Otis “Junior” Anderson, Horace “Easy” Anderson, Charles Lee Brumage, Elmer Leroy “Popeye” Brumage and Jennings “Jim” Anderson. Jake will be laid to rest beside his beloved wife of 37 years, Margaret Ann Brumage, in the Mausoleum at Grandview Memorial Gardens. Family and friends are welcome at Carpenter and Ford Funeral Home, 209 Merchant St., Fairmont, on Monday, February 24, 2020, from 2:00 – 8:00 pm. A short service will be held at the funeral home on Tuesday, February 25, 2020, at 10:00 a.m. with Evangelist Steve Snider officiating. Entombment Service will follow at 11:00 am in the mausoleum at Grandview Memorial Gardens.

The family of Jacob Gladstone Brumage created this Life Tributes page to make it easy to share your memories.