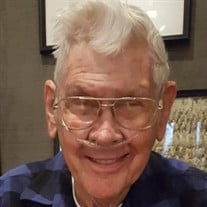 Jack Carroll Lake, 85, of Fairmont went home to be with the Lord on Thursday, November 25, 2021, at United Hospital Center, Bridgeport, surrounded by his loving family. He was born December 20, 1935, in Fairmont; the son of the late Beryl Bernard Lake and Martha (West) Lake. Jack served in the U.S. Navy. He was a coal miner and worked several years at Helmicks. Jack later worked and retired from Robinson Run Mine. He was a member of Viola Church, and the UMWA. He enjoyed hunting, traveling, and spending time with family. Jack is survived by his children, Donna Conn and her husband, Dwight of Fairmont, Mark Lake and his wife, Julie of Georgia, Michael Lake and his wife, Tina of Georgia, Larry Koay and his wife, Crystal of Fairmont and Connie Perry and her husband, Pat of Fairmont; his grandchildren, Andrew Conn and his wife, Kim, Brian Conn and his wife, Jenny, Jennifer Nelson and her husband, Seth, Matthew Lake and his wife, Kate, Logan Lake and his wife, Rachael, Jack Cory Lake, Austin Lake, David W. Lake, Jr. and his wife, Megan, and Nick Lake; eighteen great grandchildren; his brothers, Tom Lake and his wife, Donna, Robert Lake and his wife, Kaye, Jim Lake and his wife, Barb, all of Fairmont; his sister, Nancy Valentine of Fairmont; several nieces and nephews. In addition to his parents, Jack was preceded in death by his wife, Pauline (Phillips) Lake, who died on October 3, 2016; his son, David W. Lake, Sr.; his brothers, Paul Eugene “Tomi” Lake, and John Lake. Family and friends may call at the Carpenter and Ford Funeral Home, 209 Merchant Street, Fairmont, on Monday from 5:00 – 8:00 p.m. and on Tuesday, November 30, 2021, from 11:00 a.m. until the time of the funeral service at 1:00 p.m., at the funeral home with Pastor Scott Krepps, officiating. Interment will follow at Grandview Memorial Gardens, where military honors will be accorded by the Marion County Veterans Council Military Honor Guard and the U.S Navy Honor Guard.

Jack Carroll Lake, 85, of Fairmont went home to be with the Lord on Thursday, November 25, 2021, at United Hospital Center, Bridgeport, surrounded by his loving family. He was born December 20, 1935, in Fairmont; the son of the late Beryl Bernard... View Obituary & Service Information

The family of Jack Carroll Lake created this Life Tributes page to make it easy to share your memories.

Jack Carroll Lake, 85, of Fairmont went home to be with the Lord...