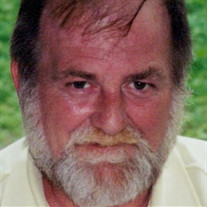 Herbert “Herbie” Lee Russell Sr., 64, of Gandeeville, went home to be with the Lord on November 10, 2019, after a brief illness. He was born on January 05, 1955, in Fairmont, a son of the late Mary C. Barniak and husband, Frank, and John Russell and wife, Frances. Herb graduated from Fairmont Senior High School and went on to a career as a coal miner, where he eventually became a Foreman. After his injury, he found other things to keep him occupied; he owned and operated F&R Kennels, where he raised several champion beagles. He was an avid hunter, fisherman, and a die-hard Mountaineers fan. He had the greenest thumb around. In addition to his parents, Herb was preceded in death by his son, Petty Officer Second Class, Herbert “Bucky” Lee Russell Jr.; and a sister, US Army Medic Cathy Burke. His legacy is carried on by daughter, Crystal Dawn Edwards and husband Denny Welsh, of Fairmont; step-daughter, Juanita Grubbs and husband Larry, of Charleston; brothers, Clarence Russell and wife Barbara, of Fairmont, and Charles Russell; sister, Judi Russell, of Clarksburg; grandchildren: Ethan Russell, of Ohio, and Joey Welsh, of Fairmont; step-grandchildren: Jacob McMasters and wife Summer, of St. Albans, Sean Grubbs and wife Jeannie, of Charleston, C.J. , Dillon, and Brandon Grubbs, all of Charleston, and Lillian Eubank, of Ohio; as well as many nieces, nephews, cousins, and friends. He was also known as “Pap” to six step-great-grandkids, whom he adored: Ryan Houtz, Maryjane Martin, and Daisey and Bo McMasters, all of St. Albans, and Isabella and Evelyn Grubbs, of Charleston. Family and friends are welcome to attend a memorial service at Carpenter and Ford Funeral Home, 209 Merchant St., Fairmont, on Friday, November 15, 2019, at 11:00 a.m. with Pastor Jim Zinn officiating. In keeping with the family’s wishes, Herb will be cremated, with interment taking place at a later date.

The family of Herbert Lee Russell Sr created this Life Tributes page to make it easy to share your memories.