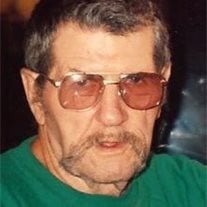 Harold Hoover Harold Lester Hoover, 90, of Fairmont departed from our presence on Saturday, September 4, 2010 at the Arbors at Fairmont Nursing Center. He was born in Edinberg, Virginia on October 27, 1919 a son of the late Braden Lester Hoover and Nora Edith (Coffman) Hoover. Mr Hoover served in the US Army as an ammunition handler with battery C in the 701 st. After his discharge, he worked for the Embassy Dairy and various construction companies in the Washington DC and Maryland area and was known as “UNK”. He made his home with his sister and brother-in-law, Catherine and Woodrow Brown for several years where he worked for the Hammond Detective Agency and also as a security officer at Fairmont State College/Fairmont State University. For several years, he lived and worked in Florida for the Schlitz Brewing Company as a security officer. Upon his retirement he made his home with his niece, Susan Brown Carter in Fairmont. He enjoyed watching old movies, reading westerns, especially Louis Lamour, fishing, walking, playing the lottery and he especially enjoyed the juicy burgers from Luke Rogers’ Confectionary. Harold was a devoted follower of the National Rifle Association and the Veterans Associations. He was preceded in death by his grandparents, James and Rebecca Coffman, his parents, Edith and Braden Hoover, a brother, Roy Hoover, an infant sister, Edith Hoover and his sister, Catherine Brown. Harold is survived by numerous nieces and nephews, great and great great nieces and nephews. Many thanks to the wonderful staff and management of the Arbors at Fairmont for the many years of patience, care and love shown to Harold during his residency. He was given the best care a family could ask for their loved one. Friends and family may call at the Carpenter & Ford Funeral Home, 209 Merchant Street, Fairmont on Thursday from 7pm to 9pm and on Friday from 10am to 11am. The funeral service will be at 11am on Friday, September 10, 2010 at the funeral home with Pastor Jim Zinn officiating. Interment will follow at the West Virginia National Cemetery with full military honors provided by the Marion County Veterans Council Honor Guard and the WV Army National Guard at Camp Dawson. In lieu of flowers donations may be made to the American Heart Association, 1110 Prestwick Avenue, Morgantown, WV 26508

Harold Hoover Harold Lester Hoover, 90, of Fairmont departed from our presence on Saturday, September 4, 2010 at the Arbors at Fairmont Nursing Center. He was born in Edinberg, Virginia on October 27, 1919 a son of the late Braden Lester Hoover... View Obituary & Service Information

The family of Harold Hoover created this Life Tributes page to make it easy to share your memories.