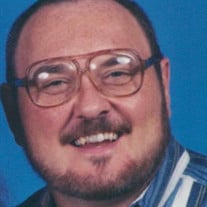 Gregory Allen “Grizz” Summers, 58, of Fairmont, passed away at his home on Friday, April 12, 2019. He was born in Fairmont on January 09, 1961, a son of the late Jimmy Allen Summers and Norma June Cox Summers. Grizz was a school bus driver for the Marion County Board of Education. He will be remembered for his love of motorcycles, hunting, fishing, his dog Buster, but especially spending time with his family, particularly his granddaughter, who was the light of his life. Grizz is survived by his devoted wife of 24 years, Kimberly (Efaw) Summers. He is also survived by son, Jaron Michael Summers and girlfriend Olivia Hawkinberry, of Fairmont; brother, Jeffrey Kyle Summers, of Fairmont; sister, Donetta Lynn Gillespie, of Fairmont; granddaughter, Berkley Jo Summers; sister-in-law, Pamela Gooch and husband Melvin, of Fairmont, and brother-in-law, Pastor Wayne Efaw and wife Kathy, of Fairmont; neices and nephews: Amber Gillespie, Tiffany Gillespie, Kaleigh Summers, Tyler Summers, Autumn Knight and husband Tobey, Megan Weese and husband Joel, Angie Simon and husband Brian, and Jamie Efaw and wife Ashley. In addition to his parents, Grizz was preceded in death by father and mother-in-law: Lee and Icie Efaw. Family and friends are welcome to call at Carpenter and Ford Funeral Home, 209 Merchant St., Fairmont, on Monday from 1 p.m. – 8 p.m. and on Tuesday from 10 a.m. – 11 a.m., with the service being held on Tuesday, April 16, 2019 at 11:00 a.m. with Pastor Wayne Efaw officiating. In keeping with his wishes, Grizz will be cremated following the service.

The family of Gregory "Grizz" Allen Summers created this Life Tributes page to make it easy to share your memories.

Gregory Allen “Grizz” Summers, 58, of Fairmont, passed away at...