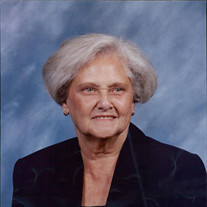 Gloria Pearl Twyman, of Fairmont, WV, went home to be with the Lord on November 29, 2020, with her family by her side. She was the daughter to the late Francis “Jack” and Elsie (Vandergrift) Sypolt of Fairmont, WV. She married the love of her life, Glenn Gladen Twyman, who preceded her in death July 2000. They raised their family in Fairmont until an employment transfer with Owens-Illinois in 1978. They enjoyed 20 years together in Williamsburg, VA, until returning to the Fairmont area after retirement. While living in Williamsburg, Glenn and Gloria were members of the Williamsburg Community Chapel and she was active in The Christian Women’s Club. Upon returning to Fairmont, Gloria attended Bible Fellowship Church and Viola Church where she had many friends. She later attended Jewel City Church in Meadowbrook, WV, with her family. Gloria was a devoted Christian, loving wife, mother, and grandmother. She practiced hospitality to her friends and family and loved preparing wonderful meals and baking for family get-togethers. She was a graduate of East Fairmont High School and was a majorette in her class of 19 students. While raising her four children through high school, she served as a band booster for the Busy Bee Band. She also worked at Stone & Thomas, served at nursing homes, and willingly gave her time to anyone who was in need. She loved being with her friends and taking long drives in her convertible topped car with the ragtop down. Gloria is survived by her three daughters and sons-in-law: Debbie and Doug Moore, of Phoenix, AZ, Nancy and Tony McClarty, of Glendale, AZ, and Kimberly and Mike DeVault, of Fairmont; a son and daughter-in-law, Douglas and Judy Twyman, of Fairmont; her grandchildren: JD (Melissa) Moore, John (Hannah) Moore, Christy (Bryce) Rodriguez, Lynde McClarty, Garrett DeVault, Travis DeVault, Katie (Clint) Riggleman, and Matthew Twyman; and her great-grandchildren: Samantha Moore, Sara Moore, Finn Moore, Huck Moore, and Gracie Rodriguez. She is also survived by her sister Rita Snyder, of Michigan, and a sister-in-law, Laura Sypolt. She had many nieces, nephews, and cousins that were all dear to her. Gloria was preceded in death by her sisters, Doris Jo Rutherford and Flora Mae Eddy, and her six brothers: Francis, Howard, Paul, Theodore, Ralph and Donald Sypolt. Family and friends are welcome to call at Carpenter and Ford Funeral Home at 209 Merchant St., Fairmont, on Friday, December 04, 2020, from 10 a.m. until the service at 1:00 p.m., at the funeral home, with Pastor Robert Shingleton officiating. Interment will follow at Grandview Memorial Gardens.

Gloria Pearl Twyman, of Fairmont, WV, went home to be with the Lord on November 29, 2020, with her family by her side. She was the daughter to the late Francis &#8220;Jack&#8221; and Elsie (Vandergrift) Sypolt of Fairmont, WV. She married the... View Obituary & Service Information

The family of Gloria Pearl Twyman created this Life Tributes page to make it easy to share your memories.

Gloria Pearl Twyman, of Fairmont, WV, went home to be with the...