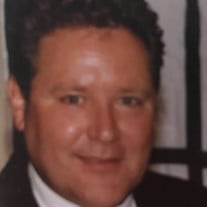 George Casuccio, 72, passed from his life on August 30, 2018 at Fairmont Health and Rehabilitation Center after a lengthy illness. He was born to the late John and Mary (Vandergrift) Casuccio on December 21, 1945, in Fairmont. George served six years with the U.S. Army Reserves and retired from Philips Lighting (Westinghouse) with over thirty years of service. He was a member of the Immaculate Conception Church, where he was active in the Men’s Society and was also a Minister of Hospitality. He was an avid fisherman and loved going to his camp in Elkins. He always looked forward to riding four-wheelers with his “camp families”. On August 28, 1965, George married Camille (Retton) Cassucio, who survives him; to this union, his son and only child, Shawn Casuccio, of Fairmont, was born. He meant the world to his dad. Along with his wife and son, George is survived by his three grandchildren: Lexi Casuccio, a student at WVU; and Geno Casuccio and Kianna Casuccio, both students at East Fairmont High School. They were his pride and joy, and he loved attending the activities in which they participated. George is survived by his siblings, Patty Casuccio and companion Rodney Patterson, of Clarksburg, Pennsylvania; John M. Casuccio and wife Darlene, of Coraopolis, Pennsylvania; and Alex Casuccio, of Scottsdale, Arizona. He is also survived by his best friends, Arl Reeves, Gary McDaniel, Charlie Ball, as well as many loving nieces, nephews, and cousins. In addition to his parents, he was preceded in death by his in-laws, Frank and Ann (Daniels) Retton; aunts, Rose Nicoletti, Carmela Bilotta, Nell Kearns; uncles, Angelo Casuccio, Carmen Casuccio, and Lou Kearns; and best friend, Mickey Cook. The family would like to thank all those at Fairmont Health and Rehabilitation Center that gave him a better quality of life, and for all the personal attention he received daily. Per his wishes, George donated his body to the gift registry at WVU, with the hope of finding more information about the illness which ended his life.

George Casuccio, 72, passed from his life on August 30, 2018 at Fairmont Health and Rehabilitation Center after a lengthy illness. He was born to the late John and Mary (Vandergrift) Casuccio on December 21, 1945, in Fairmont. George served... View Obituary & Service Information

The family of George Casuccio created this Life Tributes page to make it easy to share your memories.