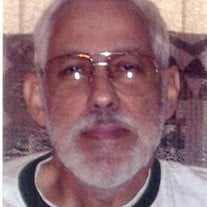 Gary Lane Saporito, 57, of Fairmont, passed away Tuesday, February 23, 2010 at his home surrounded with his family close at his side. This was following a long courageous battle with cancer. He will be sadly missed but never forgotten. He was born on June 20th , 1952 in Fairmont, son of John and Mildreth Saporito. Gary was a devoted husband, father and grandfather. Gary served in the U.S. Army, where he was an engineer with the Fifth Transportation Command. Gary was an engineer at Verizon Communications for 32 years. He enjoyed bowling, golfing, fishing, hunting, playing cards and spending time with his family. He was a social member of the VFW Post 629 of Fairmont. Gary is survived by his loving wife of 40 years, Doris Gene Saporito, two children and a daughter-in-law, son John Robert and Laura Saporito, daughter Tricia Dawn Kenney; three adoring granddaughters; Courtney Leigh Saporito, Madison Lane Kenney, and Kaylee Mae Kenney and one adoring step-grandson Justin Hardesty, all of Fairmont. In addition to being survived by his parents, Gary is also survived by one brother and sister-in-law, Terry and Jill Saporito and their daughters, Karen and Sarah, all of Fairmont. Also surviving are father and mother-in-law Robert O. and Dorothy Eby of Fairmont and sister-in-law, Mary Margaret Kirk of San Francisco, California. Gary is also survived by a special friend and fiancé, Tony Garcia and Nancy Davis. Preceding him in death were grandparents, Orven and Audra Powell, and a dear uncle and aunt, George and Esther Hennis. In regards to respecting his final wishes, he will be cremated and there will be no services. In lieu of flowers, memorial contributions may be made to the Mary Babb Randolph Cancer Center, 1 Medical Drive, Morgantown, WV 26506 or Hospice Care of Fairmont, 1406 Country Club Road, Fairmont, WV 26554. The Saporito family would like to thank Cheryl Lake, Cindi Staley, and the entire Hospice team for their special care. Carpenter and Ford Funeral is in charge of arrangements. Online condolence may sent to the Saporito family at www.carpenterandford.com Run full obituary Thursday and Friday.

Gary Lane Saporito, 57, of Fairmont, passed away Tuesday, February 23, 2010 at his home surrounded with his family close at his side. This was following a long courageous battle with cancer. He will be sadly missed but never forgotten. He was... View Obituary & Service Information

The family of Gary Lane Saporito created this Life Tributes page to make it easy to share your memories.