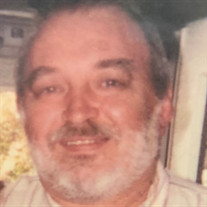 Gary Russell Rush Sr., 69, of Bunner’s Ridge, died June 17, 2019 at his home. He was born August 17, 1949, in Fairmont, a son of the late Delbert Russell Rush and Nelda Marie (Keener) Rush. He served as a Green Beret in the United States Army to protect this great country. He was not only a hero to his children but was also a true American hero. He will be remembered for his love of fishing, hunting, and spending time with his grandchildren. Gary is survived by his loving wife, Marlene Rush; his beloved children: Gary R. Rush Jr., of Fairmont, Bobbie Jo Reese and husband Steve, of Morgantown, and Kellie L. Green and husband John, of Morgantown; step-children: Jacqueline Stewart, of Fairmont, and Jamie Yoklic and husband Matt, of Weirton. He is survived by his grandchildren: Amber Roupe, Derik Miller, Sean Green, Jonah Green, Kyle Green, Ricky Linn, Destiny Linn, Aiden Yoklic and five great-grandchildren. He is also survived by his beloved siblings: Delbert Bernard Rush, Kathleen Harr, and Myrtle Sanders; a sister-in-law, Kathy Snider; his ex-wife and mother of his children, Rebecca Rush; as well as many nieces and nephews, and his loving dog, Bella. In addition to his parents, he was preceded in death by two brothers: Jerry Arthur Rush and Keven Lewis Rush; a nephew, Richard Dannis Kisner; and a niece, Vanessa McNemar. Family and friends are welcome to call at Carpenter and Ford Funeral Home, 209 Merchant St., Fairmont on Friday from 1 p.m. – 8 p.m. and Saturday from 10 a.m. – 11 a.m., with services taking place on Saturday, June 22, 2019, at 11:00 a.m. at the funeral home, with Pastor Rex Musgrove officiating. Interment will follow at Mt. Nebo Cemetery with Full Military Honors conducted by the Marion County Veterans Council Honor Guard and the United States Army Reserves at Camp Dawson.

The family of Gary Russell Rush Sr. created this Life Tributes page to make it easy to share your memories.