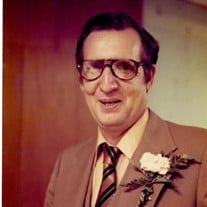 Gail Williams passed away peacefully at his daughter’s home in Fort Worth, Texas on April 29, 2022, after a long battle with dementia. He was born to Lewis and Tessie Williams in Hacker Valley, West Virginia on August 7, 1932. He had two brothers; Richard Williams and Larry Williams and one sister; Barbara Williams. All who have preceded him in death. Gail quit school early to begin working as a carpenter and went on to have his own remodeling business. He married several times but was married to the love of his life, Dolly Williams, for 34 years. She was by his side at the time of his passing. Gail loved bowling and was an avid hunter. Camping was a family favorite. He was a lifetime fan of the Orioles and the Steelers, win or lose! He was a simple, fun-loving, kind, hard-working and loving man who would do anything for his family. Gail was a loving father to Alan Weikert of Baltimore, Maryland, Wayne Williams of Texas, Jeffery Williams of Baltimore, Maryland, Gary Wayne Lake of Morgantown, West Virginia, Darla Lake Peterson of Lost Creek, West Virginia and Angela Naser-Duong of Fort Worth, Texas. Wayne Williams, Jeffery Williams, and Gary Wayne Lake have preceded him in death. Gail was an amazing grandfather to Christina Weikert, Lindsey Weikert, Ian Lake, Alex Lake, Stephanie Furniss, Jaymi McIe, Gary McIe, Tammy Townsend Rogers, Terry Townsend, Jordan Naser, Callie Naser, Kirsten Duong, and Mylie Duong. While we are deeply saddened by our loss, we rejoice knowing he is with the Lord and no longer ill. He is forever in our hearts! Family and friends are welcome to call at Carpenter and Ford Funeral Home, 209 Merchant St., Fairmont, on Thursday from 4:00 – 8:00 p.m., and on Friday, May 13, 2022, from 12:00 p.m. until the time of the funeral service at 2:00 p.m., at the funeral home, with Pastor Jim Zinn, officiating. Interment will follow at Mt. Zion Cemetery.

Gail Williams passed away peacefully at his daughter&#8217;s home in Fort Worth, Texas on April 29, 2022, after a long battle with dementia. He was born to Lewis and Tessie Williams in Hacker Valley, West Virginia on August 7, 1932. He had... View Obituary & Service Information

The family of Gail Williams created this Life Tributes page to make it easy to share your memories.

Gail Williams passed away peacefully at his daughter’s home in...