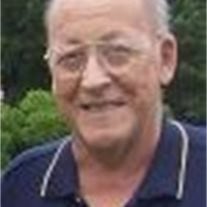 Frank A. Hudson Frank Austin Hudson, 71, of Junglewood Addition, Fairmont passed away on Tuesday, December 29, 2009 at his home. He was born in Clay County on July 17, 1938 the only child of the late Frank and Daisy Dawson Hudson. He retired from Eastern Associated Coal Company where he worked for more than 25 years as a supervisor at Federal #2. Following his retirement, he worked as driver for Enterprise in Fairmont. He attended Greenbrier Military Academy and graduated from high school in Clay County. He finished in second place for the prestigious Golden Horseshoe Award. He attended West Virginia University and graduated from the Kentucky School of Mortuary Science. Frank proudly served his Country in United States Army with the 321st Artillery and the 21st Airborne. His favorite hobby was building and flying remote control airplanes. He was a member of the Fairmont Flyers. He was also a member of the Fairmont Moose. He enjoyed the friends he made through his work and the organizations. Most of all, Frank enjoyed time spent with family especially his children and grandchildren. He is survived by his loving wife of 30 years Sharon Sue Wilson Hudson; one son Christopher Hudson of Fairmont; three daughters Susan Hudson Raymond and her husband Robert of Fairmont, Monica Potts and her husband Gregory of Fairmont and LuCinda Kovack and her husband Michael of Fairmont; six grandchildren Sydney Raymond, Emma Raymond, Garrett Potts, Geoffrey Austin Potts, Austin Kovack, and Aaron Kovack; his special friend Jimmy Colvin and his wife Susie and several aunts, uncles, and cousins in Lakeland, Florida. Friends may call at the Carpenter & Ford Funeral Home, 209 Merchant Street on Thursday from Noon to 7pm. The funeral service will be at 10am on Friday, January 1, 2010 with Pastor Bill Toothman officiating. In keeping with the wishes of the deceased, his body will be cremated following the funeral service. Burial will be at a later date in the Cunningham Memorial Gardens in St. Albans, West Virginia Military honors will be conducted at the funeral home by the Marion County Military Veterans Council Honor Guard. Online condolence may be sent to the Hudson family at www.carpenterandford.com

Frank A. Hudson Frank Austin Hudson, 71, of Junglewood Addition, Fairmont passed away on Tuesday, December 29, 2009 at his home. He was born in Clay County on July 17, 1938 the only child of the late Frank and Daisy Dawson Hudson. He retired... View Obituary & Service Information

The family of Frank A Hudson created this Life Tributes page to make it easy to share your memories.