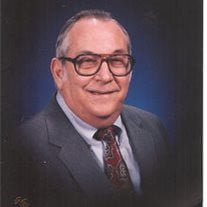 FRANK EUGENE GONDA Frank Eugene Gonda of Fairmont/Meadowdale community, died suddenly Saturday, January 9, 2010 at his home. He was born in Morgantown, on November 5, 1929, a son of the late Andrew Gonda and Jessie Spicer Gonda. A brother, Andrew, Jr., who died in childhood also preceded him in death. Survivors include his wife of 54 years, Gloria Walton Gonda, daughters Karen Zorman and husband Dan of Scottsdale, Arizona, Ramona Harrell of Portsmouth, Virginia, grandchildren Richard Harrell, III (Trey) of Portsmouth and Sarah Zorman of Scottsdale. Also surviving is a sister, Helen Cappellanti and husband Dessi of Mission Viejo, California, a niece, Odessa Bergstedt and husband John of San Juan Capistrano, California and a nephew, Mark Cappellanti of Manteca, California. He was a graduate of Morgantown High School and attended WVU. He served his country during the Korean Conflict as a sergeant in the US Air Force. He began his career in the mining industry sales with Jeffery Manufacturing in Morgantown, and later began working with Galis Manufacturing in Morgantown and Fairmont where he progressed to manager of mining equipment sales. He remained in that capacity through subsequent transitions of the company, retiring from EIMCO in 1993. Gene loved hunting and spending time in the outdoors. He was a charter member of Fairmont Flyers and enjoyed building and flying radio controlled aircraft. He was a member of Immaculate Conception Church in Fairmont, which he attended since moving his family to Fairmont in 1964. Following cremation, friends will be received from 10:00 a.m. to 12:00 noon on Saturday, January 16, 2010 at Carpenter and Ford Funeral Home, 209 Merchant Street, Fairmont. A memorial service will begin at 12:00 noon with Rev. Father Robert A. Perriello and Father Richard J. Ulam, OSB officiating. Flag folding rites will be conducted by the Marion County Veterans Council Military Honor Guard at the funeral home. The family requests that in lieu of flowers contributions be made to a charity of choice or the American Cancer Society, Marion Unit, 122 South High Street, Morgantown, WV 26501

FRANK EUGENE GONDA Frank Eugene Gonda of Fairmont/Meadowdale community, died suddenly Saturday, January 9, 2010 at his home. He was born in Morgantown, on November 5, 1929, a son of the late Andrew Gonda and Jessie Spicer Gonda. A brother,... View Obituary & Service Information

The family of Frank Eugene Gonda created this Life Tributes page to make it easy to share your memories.