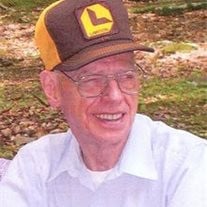 Earl Phillips Earl "Sonny" Lawson Phillips, 77, of Graham Heights Community, Fairmont, passed away on Friday June 17, 2011 at his home. He was born in Taylor County on April 7, 1934 a son of the late William “Bill” Samuel and Mattie Florence (Matthews) Phillips. Sonny proudly served his country with the United States Army. He was retired from General Delivery as a truck driver and mechanic where he worked since he was 16 years old. He enjoyed yardwork, caring for his lawn and spending time with his family. In his younger years, he enjoyed riding his motorcycle. He is survived by his loving wife of 51 years, Madelyn M. (Eddy) Phillips, the couple married in November of 1959, one sister, Virginia E. Gillespie of Fairmont, and nieces and nephews, Linda Gillespie, William "Bill" Gillespie, and John Gillespie. Also surviving are four sisters-in-law and spouses, Carolyn and Norman McCoy of Hebron, OH, Marilyn and Jim Rhoades of Fairview, Alice and Jack Lemley of Rivesville and Faith and Randy Reesman also of Rivesville, two brothers-in-law and spouses, Lorin and Judy Eddy of Woodridge, VA and Robert and Holly Eddy of Rivesville, as well as 23 nieces and nephews in law. Family and friends may call at the Carpenter and Ford Funeral Home, 209 Merchant Street, Fairmont on Saturday from 6-9 pm, Sunday from 1-8 pm and on Monday from 10-11 am. The funeral service will be held at the funeral home on Monday June 20, 2011 at 11:00 am with Pastor Robert Burton and Pastor Adam Stuck officiating. Flag folding rites will be conducted at the funeral home by the Marion County Veterans Council Military Honor Guard. Interment will follow at Grandview Memorial Gardens in Fairmont. Mr, Phillips' family would like to extend a special thanks to Dr. Menez and his staff for their care and concern during his illness. Online condolences may be left for the family at www.carpenterandford.com

The family of Earl L. "Sonny" Phillips created this Life Tributes page to make it easy to share your memories.