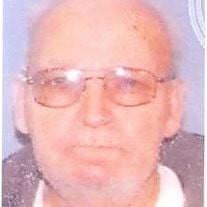 Donald Lee Richmond Donald Lee Richmond, 76, of Shinnston passed away on Wednesday February 16, 2011 at his home. He was born in Hinton, WV on May 26, 1934 a son of the late Garland and Casey Lenna (O’Brian) Richmond. Donald was a coal miner by trade with over 25 years of service working in Martinka Mines as well as Rachel Mines. He also had worked at the Marion County Senior Citizens Center and at Woodlawn Cemetery. He was an avid outdoorsman who enjoyed hunting and fishing. He also enjoyed to play dominos and cards, especially the game of rummy. He is survived by his former wife, Alberta E. (Martin) Richmond of Fairmont, three sons, Robert Timothy L. Richmond and his wife Lila, Terry Lee Martin, and John Allen Martin all of Fairmont, four daughters, Donna K. Sawitski and her husband Jeffrey Joe of Fairmont, Shelby King and her husband Russell of Shinnston, Gladys Loueze King and her husband Kevin of Fairmont, and Sue Martin and her companion John White of Fairmont, 13 grandchildren and 17 great grandchildren. Also surviving is a brother Roy Richmond and his wife Pat of Pennsylvania. In addition to his parents, he was preceded in death by his step-mother who raised him, Sara Louise Richmond, two great grandchildren, one son in infancy, one brother, Dillard “Bill” Richmond, and one sister, Nancy Richmond. Family and friends may call at the Carpenter and Ford Funeral Home, 209 Merchant Street, Fairmont on Friday from 10 am - 2 pm. The funeral service will be held at the funeral home on Friday February 18, 2011 at 2:00 pm with Pastor Ronald Yoder officiating. Interment will follow at Grandview Memorial Gardens in Fairmont. Online condolences may be sent to the family at www.carpenterandford.com

Donald Lee Richmond Donald Lee Richmond, 76, of Shinnston passed away on Wednesday February 16, 2011 at his home. He was born in Hinton, WV on May 26, 1934 a son of the late Garland and Casey Lenna (O&#8217;Brian) Richmond. Donald was a coal... View Obituary & Service Information

The family of Donald Lee Richmond created this Life Tributes page to make it easy to share your memories.