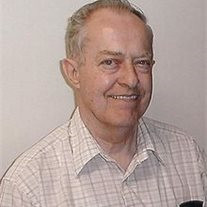 Denzil Dayton Denzil Elmer Dayton Sr., 78, of Fairmont, Meredith Springs Community, passed away at his home on Friday, November 12, 2010 following a long illness. He was born in Marion County on March 3, 1932 a son of the late Isaac Rowland Dayton and Nora (Hayes) Dayton. He was preceded in death by his loving wife, Olive May (Glover) Dayton on July 17, 2004. The couple were married 49 years. Denzil was retired from General Motors in Parma, Ohio as an assembly worker with 33 years of service. Prior to General Motors, he worked at Gaston Body Shop. He attended Mt. Sharon Free Methodist Church. He had a love for sports, especially baseball and was an avid Cleveland Indians fan. He enjoyed doing yard work, he took great pride in the fact that no one could cut his grass like he could. He is survived by three sons, Denzil E. Dayton Jr. and his wife Jackie of Wisconsin, Charles Dayton and his wife Jan of Las Vegas, and Alan Dayton of Ohio; seven grandchildren, Kevin, Cindy, April, Samuel, David, Kayla, and Chelsea; and eight great grandchildren. Also surviving are four sisters-in-law, Hilda Phares, Rosilee Dayton and Peggy Channell of Morgan Ridge Community, and Rena Dayton of Barberton, Ohio, as well as several nieces and nephews. In addition to his parents and wife, Denzil was preceded in death by five brothers, William “Bill” Earl Dayton, Burl “Bird Dog” Dayton, Charles Dayton, Frank Dayton, Russell Dayton, four sisters, Ruth Dayton, Madeline Hoffman, Nellie Snyder, and Gladys Stemple, a granddaughter, Noel Dayton, a great-grandson, Jase Dayton, as well as an infant and a set of twins in infancy. Family and friends may call at the Carpenter and Ford Funeral Home, 209 Merchant Street, Fairmont on Monday from 1-8 pm and on Tuesday from 10-11 am. Funeral services will be held at the funeral home on Tuesday November 16, 2010 at 11 am with Pastor Rex Musgrove and Pastor Harley Mayfield officiating. Interment will follow at Mt. Nebo Cemetery. Serving as Pallbearers will be Tim Phares, Roger Channell, John Perry, David Dayton and Gary Dayton. The family would like to thank Amedisys Home Health Hospice Care of Anmoore for all their special care and compassion during Denzil’s illness. Contributions may be made to Amedisys Home Health Hospice Care at P.O. Box 315 Anmoore, WV 26323. Online condolences may be left for the family at www.carpenterandford.com

Denzil Dayton Denzil Elmer Dayton Sr., 78, of Fairmont, Meredith Springs Community, passed away at his home on Friday, November 12, 2010 following a long illness. He was born in Marion County on March 3, 1932 a son of the late Isaac Rowland... View Obituary & Service Information

The family of Denzil Dayton, Sr. created this Life Tributes page to make it easy to share your memories.