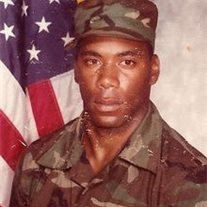 Daniel Birch Daniel Lee “Danny” Birch, 52, of Fairmont, passed away on Thursday December 23, 2010 at Ruby Memorial Hospital in Morgantown. He was born in Elkins on October 1, 1958, a son of the late Daniel D. Birch and Ada Rhodes Birch Weston of Fairmont. Danny was a iron worker and welder by trade and he was a member of the National Guard. He was a Baptist by Faith and he enjoyed listening to music, working out, traveling, and watching sports. He is survived by one son, Deon Dobbs and his wife Memori of Fairmont, six daughters, Staci Evans of Maryland, Cassandra Sumlin of Ohio, Dannika Birch of Georgia, Deysha Birch of Georgia, Danaiya Birch of Ohio, and Deyshanna Birch of Ohio, and six grandchildren, Zyon Dobbs, Zycheus Dobbs, DeMarkus Bailey, Makaijah Bailey, Kadijah Kaham, and Kaitlin Kaham. Also surviving are two sisters, Danette L. Birch of Georgia and Dreena Birch of Fairmont. In addition to his father, Danny was preceded in death by a brother, Thomas Birch. Family and friends may call at the Carpenter and Ford Funeral Home, 209 Merchant St. Fairmont, on Wednesday from 11 am - 2 pm. Funeral services will be held on Wednesday December 29, 2010 at the funeral home with Pastor Wesley Dobbs officiating. In keeping with the wishes of the deceased, his body will be cremated following the service. Online condolences may be left for the family at www.carpenterandford.com

The family of Daniel Lee Birch created this Life Tributes page to make it easy to share your memories.