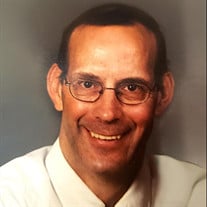 (Ret) SFC Claude Thomas Shorter aka Tommy Neel, 72, of Lumberport, West Virginia, passed away on July 8, 2021, in Ozark, Alabama following a brief battle with GBM Brain Cancer. Just like he dealt with all experiences in life he managed his illness with strength and grace, and wanted to spend as much time with his loved ones as possible. On his final day, he was surrounded by his children, who he adored more than anything else in the world. Tom was born in Fairmont, West Virginia and raised by the late George W. Neel, Sr. of Pricketts Creek and Anna Mae Rager and the late William “Bill” Rager, Sr. of Villa Rica, GA. Tom graduated from East Fairmont High School and entered the United States Army in November 1966. He married Elsie Lea Rush in January 1972 and raised 3 daughters while proudly serving our country. During his tenure in the military, he served in Germany during the Vietnam War as a mechanic. Then changed his MOS to Air Traffic Controller and later an instructor at Fort Rucker, Alabama, and Fort Huachuca, Arizona as well as three hardship tours in Seoul, Korea. Upon retirement from the US Army in 1991, he moved his family home to West Virginia and began a second career with the Marion County Transit Authority. He served as a volunteer firefighter with the Bunner Ridge Volunteer Fire Department and was instrumental in achieving long term financial stability for the organization. In the mid 1990’s, He was a guest columnist in the local newspaper, The Fairmont Times, as a local authority on the Americans with Disability Act (ADA). After 24 years of marriage, Elsie passed away in April 1996 following a brief battle with colon cancer. He then married Linda Lou Floyd- Cunningham of Wallace, West Virginia and recently celebrated 24 years of marriage. He was a member of the Church of Christ where he served as an elder. He is survived by his 2nd wife, Linda Lou Floyd-Cunningham-Shorter, 3 daughters Leah (Jason) Shorter- Harlow of Ozark, AL, Claudia (Jason) Shorter- Phillips of Ariton, AL, Misty (Tim) Shorter- Daugherty, Richmond, IN, and 2 step-sons, Terry (Dee) Cunningham and Jason Cunningham of Wallace, WV. He is survived by 12 siblings as follows: Jeff Neel of Albuquerque, NM, George Wayne Neel, Jr of Fairmont, WV, Kim Lanko of Hopewood, Penn, Chris Neel of Fairmont, WV, Brian Neel of Winston, GA, Lisa Krkosska, of Kingsville, Texas, Larry Shaver of Illinois, Joan Hullderman of La Grange, GA, James Anderson of North Carolina, Darla Shorter Miller of Logan, WV, William “Bill”, Jr Rager of Fairmont, WV, and Reginia Reich of Villa Rica, GA. He is also survived by 9 grandchildren, and 4 great-grandchildren and many nieces, nephews, brother and sister –in laws whom he loved very much. He was preceded in death by his 1st wife, Elsie Lea Rush Shorter, Foster Fathers: George W Neel, Sr and William “Bill” Rager Sr, Parents-in-law: Charles and Virginia Rush of Fairmont, WV and Ernest and Bonnie Floyd of Wallace, WV and 2 brothers Mike Neel and Ricky Shorter. Family and friends are welcome to call at Carpenter and Ford Funeral Home, 209 Merchant St., Fairmont, WV 26554, on Tuesday, July 13, 2021, from 1:00 p.m. to 8:00 p.m. and on Wednesday, July 14, from 11:00 a.m. until the time of the funeral service at 1:00 p.m. with Evangelist Norman Floyd officiating. A graveside service will follow at Mt. Nebo Church of Christ Cemetery with full military honors conducted by The Marion County Veterans Council Military Honor Guard.

(Ret) SFC Claude Thomas Shorter aka Tommy Neel, 72, of Lumberport, West Virginia, passed away on July 8, 2021, in Ozark, Alabama following a brief battle with GBM Brain Cancer. Just like he dealt with all experiences in life he managed his illness... View Obituary & Service Information

The family of Claude Thomas "Tom" Shorter created this Life Tributes page to make it easy to share your memories.