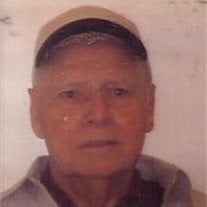 Clarence Gatrell Clarence Gatrell, 92, of Walnut Grove Community, Fairmont, died on Wednesday December 22, 2010 surrounded by family and friends at the West Virginia Veterans Nursing Facility in Clarksburg. He was born in Pennsboro, WV on May 20, 1918, a son of the late William and Katie Gatrell. He was preceded in death by his loving wife, Rosemary (Sellaro) Sell Gatrell, who passed in August of 1996. Clarence served his country in the United States Army with the First Calvery Division. He was retired from Owens-Illinois where he worked in the shipping department as a factory worker with over 30 years of service. He was a member of Immaculate Conception Roman Catholic Church, the Owens-Illinois shipping department retirees club and was active with the Marion County Senior Center. He is survived by two daughters and their husbands, Susan and Jeff Hayes of Farmington and Donna Jo and Bill Hause of Fairmont, three grandchildren, Michael Hayes and his wife Miranda of Fairmont, Kelly Sue Ferrell and her husband Eric of Farmington, and Erin Lynn-Hause of Fairmont, and also three great - grandchildren, Alan T. Bachoffer, Brett Bachoffer, and Dillon Cartwright, as well as several nieces and nephews. In addition to his wife and parents, Clarence was preceded in death by a granddaughter, Erica Lynn Hause, two sisters, Lyla Casto and Genavieve Taylor, and also two brothers, Ernest “Bub” Gatrell and Earl Gatrell. Family and friends may call at the Carpenter and Ford Funeral Home, 209 Merchant St. on Thursday from 1-8 pm and on Friday from 11 am - 1pm. Funeral services will be held at the funeral home on Friday December 24, 2010 at 1:00 pm. Interment will follow at Grandview Memorial Gardens in Fairmont where full military honors will be conducted by the Marion County Veterans Council Honor Guard. The family would like to especially thank the staff of the WV Veterans Nursing Facility as well as Amedysis Hospice Care of Harrison County for all their care and compassion during Clarence’s illness. Online condolences may be left for the family at www.carpenterandford.com

The family of Clarence Gatrell created this Life Tributes page to make it easy to share your memories.