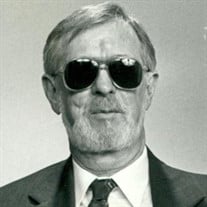 Two days after his 85th Birthday, Chris Smith passed away holding the hand of his beloved wife, Joan. Chris was born in Pittsburgh, Pennsylvania on June 25, 1933, a son of the late Christopher and Josephine Smith. He is the last surviving member of his family; preceding him in death are his brothers, Charles “Chuckie”, James “Jim”; and his sisters, Kay, Charlotte “Tootie”, Marie, Madeline “Mickey”. Chris was preceded in death by his first wife and mother of his children, Gayle (Burns) Smith; a son -in-law, Chester “Sonny” Hayes; a daughter-in-law, Patti Smith; a brother-in-law, Ivan Burns; and a sister-in-law, Gay Boyce and her husband, Brady Boyce; and five of his guide dogs, Jack, Shadow, Trusty, Doolittle, and Dodger. Chris is survived by his second wife, Joan Krause-Smith; six children and their families, Roxane Hayes, Christopher & Rowena Smith; Jason Smith and his companion, Marcia Burnham; Virgil and Jennifer Smith; Luke and Donna Smith; and Trina and Jim Crowder; several grandchildren, nieces and nephews including two special neices, Kim Lagoni and Patty Gentile; his guide dog, Mimi; and special friends, Dino and Debbie Ciabattoni, John and Kathy Vrabel, Louise Anderson and Judy Thompson. Prior to losing his eyesight, Christ worked in construction; on the advice of Dr. C. Kendal, Chris enrolled (along with his guide dog, Jack) as a non-traditional student at Fairmont State University, where he graduated with a B.S. in Psychology and Sociology, and later went to West Virginia University earning his Master’s Degree in Rehabilitation, Guidance and Counseling. Chris was a familiar sight in Fairmont, walking with his guide dog and volunteering for various causes. He worked for Marion County in home confinement for nine years, until his retirement. Chris enjoyed gardening, Pittsburgh sports (especially the Steelers), and playing cornhole, in which he was the family doubles champion. He will be remembered as a faithful and devoted member of several governmental and civic organizations and the Immaculate Conception Catholic Church. Flowers are welcome. Memorial contributions may be made to Immaculate Conception Catholic Church, Building Fund, 406 Alta Vista Avenue, Fairmont, WV 26554 or Pilot Dogs, 625 Town Street, Columbus Ohio, 43215.

Two days after his 85th Birthday, Chris Smith passed away holding the hand of his beloved wife, Joan. Chris was born in Pittsburgh, Pennsylvania on June 25, 1933, a son of the late Christopher and Josephine Smith. He is the last surviving... View Obituary & Service Information

The family of Christopher Joseph Smith created this Life Tributes page to make it easy to share your memories.