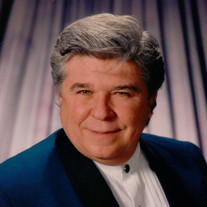 James Chip Frankman-Thompson passed away on Wednesday, January 23, 2019. He was 75 years old. Chip was born in Morgantown on February 18, 1943, a son of the late Samual James Frankman and Virginia L. Cunningham Thompson; Fairmont Airport (Frankman Field) is named after Chip’s biological father, an accomplished pilot and dignitary, who logged over 30,000 flying hours during his career. Mr. Frankman was the only single pilot the United States who was ever authorized to fly the presidency without a co-pilot; he also held a Doctorate in Aeronautical Science. Chip was adopted by the late Walter Pete Thompson in 1955, who founded General Delivery Inc., a local trucking firm. In 1947, at four years old, Chip was listed in Ripley’s Believe It or Not column as the “Youngest Race Driver in the World”, having raced at the Thomas Speedway (known later as the I-79 raceway) on numerous documented occasions. Later, at the age of 14, Chip was acclaimed as the first person in West Virginia to waterski without skis, and later skied barefooted in various waterski shows throughout the state. In the early 60’s, Chip designed and built Mobile City Trailer Park, the only trailer park within the city, located on Morgantown Ave. Chip was also an accomplished musician and played piano and organ in local group for more than 40 years, including The Emeralds in the 60’s, Easy Street in the 70’s and 80’s, and for 11 years with the nationally known WV group, Rick K. and the Allnighters. Chip performed in 18 states, including the cities of Las Vegas and Los Angeles; he was noted for his exceptional stage presence and comedy. Chip was the CEO and President of General Delivery Inc., a long-distance truckload carrier located on Morgantown Ave. He had been very active with his family-owned business since 1965; in 1972, Chip was co-founder of General Communications Co., the first company to provide wide area (beeper) paging service. Chip built and assembled all of the proprietary electronic terminal equipment for paging in his basement. The equipment was designed by his partner, John R. Hanway, who was then a local electrical engineer and lawyer with exceptional engineering ability; both Chip and Mr. Hanway held amateur Radio Advance Class licenses at that time. Chip was also a licensed pilot, and held Single Engine Land and Sea, Multi-Engine Land, and Instrument airplane ratings. He was also a past president of the Fairmont Flyers, a model airplane club in Fairmont; having flown models since he was 12, Chip taught many people how to safely fly powered models. Chip graduated from East Fairmont High School in 1960 and attended Fairmont State College where in excelled in math, physics, and chemistry. Chip is survived by two daughters, Marci Lee Thompson-Priest and husband Erik, of Fairmont, and Andrea Thompson-Simmons and husband William, of Parsons; Jamie Goff-Kraegenbrink, who was like a daughter, and her husband Joe, and their children: Joe, Caleb, Savanna, Sara, Summer, Jozie, of Fairmont; grandchildren: Richard Dillon Chambers, of Glady, and Erika Taylor Poling, of Fairmont; aunt, Marie Franklin, of Fairmont; and cousins: TJ Franklin, of Michigan, Kelli Tobias, of Michigan, and Megan Wiederman, of Michigan. In keeping with the wishes of the deceased his body will be cremated. A memorial service will be held at a later date. Memorial contributions may be made to the Marion County Humane Society, P.O. Box 905, Fairmont, WV 26555.

The family of Chip Thompson created this Life Tributes page to make it easy to share your memories.