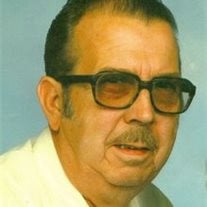 Charles Griffith, 77 of Orange Park, Florida, formerly of Sarritta Community of Marion County, died peacefully on Tuesday, November 17, 2009 at Orange Park Medical Center in Orange Park, Florida. He was born in Fairmont on February 22, 1932 a son of the late Lawrence Earl Griffith and Mary Katherine “Kate” Smith Griffith. He was preceded in death by his wife of 54 years, Marilyn “Lynn” Tennant Griffith in January of 2006. Charles was a proud veteran of the Korean War and a successful businessman. He is survived by a son and daughter-in-law, Lawrence “Larry” and Jody Griffith of Orange Park; five grandchildren, Nick, Stephen, Christy and her husband Adam DeMary, Heather and her partner Josh Katz, and Jamie Griffith; and one great-grandchild, Stella, all of Florida. Charles is also survived by his two sisters, Barbara Jean Wendel and her husband Harry of Florida, and Nancy Andrews and her husband Jim of Ohio. Friends and family may call at Carpenter and Ford Funeral Home, 209 Merchant Street, Fairmont on Monday from 10am to 11am. Services will be held at the funeral home on Monday, November 23, 2009 at 11am with Pastor Jim Zinn officiating. Interment will immediately follow at the West Virginia National Cemetery in Grafton. A memorial service will be held on Friday, December 4, 2009 in Orange Park, Florida.

The family of Charles Griffith created this Life Tributes page to make it easy to share your memories.