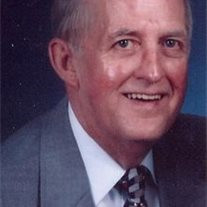 Carl Smith Carl Bernard Smith, 75, of Fairmont, passed away on Tuesday November 16, 2010 at Allegheny General Hospital in Pittsburgh, PA. He was born in Key, Ohio on November 19, 1934, a son of the late Newel Joseph and Jessie Louise (Vermillion) Smith. Carl was a loving husband, father, and grandfather. He was a fun outgoing person who loved to joke with his friends and family. He loved his grandchildren dearly, they meant the world to him. Carl was a retired district manager of Equitable Life Insurance Company in Fairmont, being transferred here to Fairmont from Bellaire, Ohio district as an agent and promoted to staff manager, then a district manager. Carl was a member of St. Paul United Methodist Church in Watson, serving in many capacities for the church throughout the years. He was affectionately called the “Candy Man” by the children of the church always giving the children he loved very dearly candy every Sunday. He looked forward to the yard sales held every year by the United Methodist Church Mens Association. He enjoyed working puzzles and crosswords and he was an avid fan of WVU football and basketball. His favorite TV show was Judge Judy, which he looked forward to watching every day. He was a 1952 graduate of Bellaire High School and he proudly served his country in the United States Army with two years of active duty and four years in the reserves. Carl was a 32nd Degree Mason belonging to the Fairmont Masonic Lodge #9 and the Scottish Rite of Clarksburg. He is survived by his devoted and loving wife of 56 years, Caroline S. (Lipperman) Smith; a daughter, Stephanie Boyers and her husband Buddy of Fairmont; a son, Bernard Smith and his wife Diana of Winter Springs, FL; a brother, Paul Smith and his wife Bonnie of Canton, Ohio; a sister, Wanda Maclam of Canton, Ohio; five grandchildren, Jessica Brooke Boyers of Fairmont, Brandon Allen Boyers of Fairmont, Nicholas Smith of Winter Springs, Jeffrey Smith of Winter Springs, and Megan (Smith) Powers of Midlothian, VA. Also surviving are many nieces and nephews in Canton, Ohio as well as one niece and nephew in Florida. In addition to his parents, he was preceded in death by a sister, Cleta Hartman. Family and friends may call at the St. Paul United Methodist Church, 1564 Mary Lou Retton Drive, Fairmont on Friday from 1-8 pm. Funeral services will be held at St. Paul United Methodist Church on Saturday November 20, 2010 at 1:00 pm with Pastor Larry Buckland officiating. Interment will follow at Grandview Memorial Gardens. In lieu of flowers, Carl's wishes were for donations to be made to the St. Paul United Methodist Church Building Fund, 1564 Mary Lou Retton Dr., Fairmont, WV 26554. Online condolences may be left for the family at www.carpenterandford.com

Carl Smith Carl Bernard Smith, 75, of Fairmont, passed away on Tuesday November 16, 2010 at Allegheny General Hospital in Pittsburgh, PA. He was born in Key, Ohio on November 19, 1934, a son of the late Newel Joseph and Jessie Louise (Vermillion)... View Obituary & Service Information

The family of Carl Bernard Smith created this Life Tributes page to make it easy to share your memories.